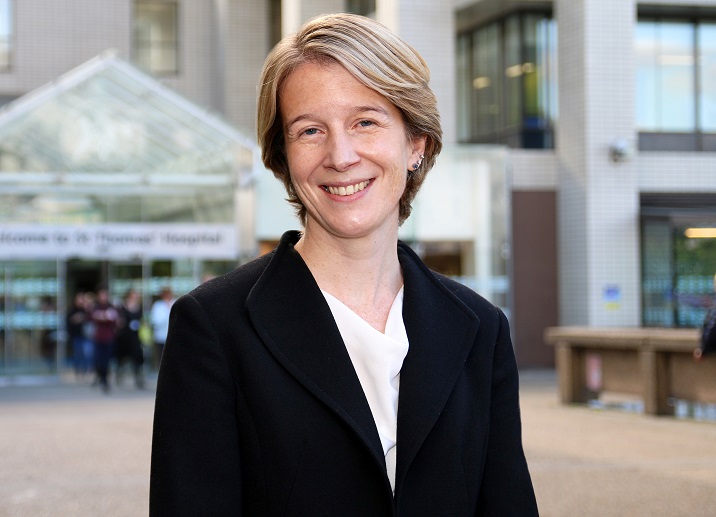 Amanda Pritchard is set to replace Sir Simon Stevens as the chief executive of NHS England at the end of this week.

Ms Pritchard, who has been chief operating officer of NHSE and chief executive of NHS Improvement since 2019, was appointed today (28 July) as Sir Stevens’ successor by the NHSE board.

Having joined the NHS in 1997 through the management training scheme, Ms Pritchard has held a variety of positions in the health services, including seven years as head of Guy’s and St Thomas’ NHS Foundation Trust.

She also served as health team leader in the Cabinet Office’s delivery unit under Tony Blair.

Ms Pritchard said: ‘There are big challenges ahead as NHS staff continue to deal with significant pressures while maintaining the roll-out of the hugely successful NHS vaccination programme and tackle backlogs that have inevitably built up in the face of rising Covid infections.

‘However the skill, determination and ‘can do’ spirit that NHS staff have shown in the face of the greatest challenge in the health service’s history means we face the future with confidence.’

Lord David Prior, chair of the board, said Ms Pritchard ‘could have had no better preparation for the role than serving as the NHS’ chief operating officer during the greatest health emergency in its history’.

Meanwhile, the BMA welcomed Ms Pritchard but said ‘urgent action must also be taken to address’ capacity pressures an the workforce crisis.

‘We want to be confident that Ms Pritchard is willing to stand up to Government when needed, and that she is on the side of hard-working healthcare professionals who have gone unheard and underappreciated for too long,’ Dr Chaand Nagpaul, BMA chair of council, said.

Sir Stevens first announced in April that he would step down from the post he has held since 2014.

At the time, NHSE’s board has said it aimed to find a replacement by 31 July, which is still set to be his last day in the job.

The new appointment was made jointly by the NHSE board and the Department of Health and Social Care (DHSC), but with input from 10 Downing Street.

In June, Dido Harding, the Conservative peer behind the £37bn test-and-trace programme, briefed a Sunday newspaper about her own application for the role.

During this briefing, she said she would end the NHS’s reliance on foreign doctors and nurses which was met with criticism from many leaders in the sector, including the BMA.

It was reported shortly after than Sajid Javid had ruled out the possibility.