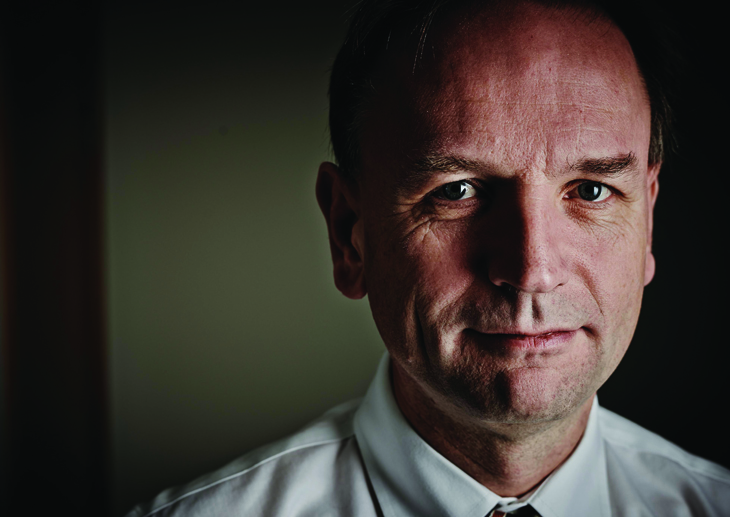 Sir Simon Stevens will stop down from his chief executive post this summer, NHS England has announced, with Number 10 simultaneously announcing that he has been bestowed a lifetime peerage.

NHS England’s board will now ‘lead the open competitive recruitment process’ to replace Sir Simon in the chief executive role, which he has held since 2014.

It is aiming to have found a replacement by 31 July, which will be his last day in the job.

Meanwhile, a statement from Number 10 Downing Street said that ‘the Queen has been pleased to confer a peerage of the United Kingdom for Life on Sir Simon Stevens, upon him stepping down as Chief Executive of NHS England’.

Sir Simon, who was knighted last year ‘for services to health and the NHS’, had a string of management roles within the NHS, the Department of Health and 10 Downing Street, as well as a stint in the private medical sector in the US, before he took up the NHS England top post in February 2014.

During his time in the role, he has driven an agenda for integrating health services, starting with his first major intervention, NHS Five Year Forward View, in October 2014.

This was followed in 2019 by the 10-year NHS Long Term Plan, in turn setting the basis for the ongoing white paper reforms that will make integrated care systems statutory bodies instead of CCGs.

Announcing his departure, Sir Simon commented: ‘Joining the health service in my early twenties was one of the best decisions I’ve ever made, followed three decades later by the privilege of leading the NHS through some of the toughest challenges in its history. The people of this country have rightly recognised the extraordinary service of NHS staff during this terrible pandemic, as well as the success of our Covid vaccination deployment.

‘As the pandemic recedes in this country, the NHS’s track record in advancing medical progress in a way that works for everyone rightly continues to inspire young people to join one of the greatest causes – health and high quality care for all, now and for future generations.’

Former RCGP chair, and current NHS Assembly co-chair, Professor Dame Clare Gerada said: ‘The NHS has been through great turmoil, not just during the pandemic but in the lean years before. It is down to Simon’s brave and independent-minded leadership that we have got through these difficult times and that the NHS is in good shape.

‘The fact that he has worked so tirelessly and stayed leading the NHS through its greatest test when he could have gone last summer is a testament to what a principled and honourable man he is. So no one will begrudge his decision to stand down now, but he’s going to be greatly missed and an incredibly hard act to follow. Simon has done an extraordinary job and this country owes him a huge debt of gratitude.’

Another former RCGP chair, Academy of Medical Royal Colleges chair Dr Helen Stokes-Lampard, said: ‘Simon has rightly earned the respect of the medical profession by championing the needs of all patients, listening carefully to clinicians and frontline staff, and by working collaboratively to agree and implement the bold strategic direction he set out in the Five-Year Forward View and subsequent NHS Long Term Plan.’

Meanwhile, health secretary Matt Hancock thanked Sir Simon for being a ‘steadfast and sage leader’ of the NHS during his tenure, while Prime Minister Boris Johnson singled out ‘his huge contribution to our [Covid] vaccine rollout’.

A version of this story first appeared on our sister title, Pulse.