Kailash Chand: ‘The tsunami of backlog could be the straw that breaks the camel’s back’ 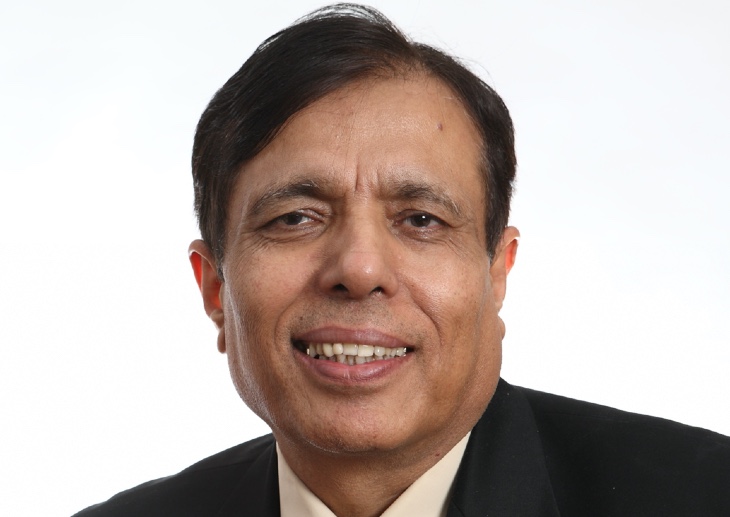 However, the majority of doctors believe that even without another spike of the virus, it would take at least several months, if ever, to clear the backlog of elective procedures, outpatient appointments and diagnostics caused by the pandemic, according to a recent BMA survey.

NHS performance figures for June were also the worst on record, with only half of patients starting treatment within 18 weeks of their referral, while roughly 4 million people were on waiting lists. According to GPs, patients have been ‘dumped’ from secondary care into practices, increasing their workload and stress.

Healthcare Leader spoke to Dr Kailash Chand OBE, former deputy BMA chair, about the pressures facing primary care this winter and the action needed to support the sector now and in the future.

Going into the pandemic, primary care was already in a bad state, facing high workload, staff shortages, and a lack of funding and resources, Dr Kailash says.

‘Since then, things have gotten a lot worse – there is also a tsunami of backlog coming to haunt us, and I wouldn’t be surprised if this is the straw that breaks the camel’s back,’ he says.

‘GP colleagues tell me there was always a so-called ‘workload transfer’ from secondary care to primary care, but the Covid pandemic has almost compounded it.’

One example is chronic disease management, Dr Kailash adds, which is now falling into general practice.

‘Chaos’ in the system

In March, NHS England asked trusts to ‘postpone all non-urgent elective operations’ in order to focus attention on the Covid-19 response.

‘I think the decision to manage Covid and leave everything else wasn’t the right one. We have got to learn from that,’ Dr Kailash says.

‘Even if there is a resurgence, we have to really have a balance. If we are going to shut almost all of secondary care and put all the burden on primary care, then primary care will just collapse.’

The pressures on primary care would be made worse by a second wave of Covid. In line with the vast majority of doctors, Dr Kailash believes this is likely to happen this winter. He says the situation could be ‘much worse’ than we have seen so far, and potentially ‘chaotic’ when combined with normal winter pressures and flu.

‘How can we get back to normalcy, as NHS England asks, when we have a huge backlog, a dwindling workforce and fewer resources,’ he says.

In July, Boris Johnson announced the NHS would receive £3 billion in extra funding to ‘get ready for winter’ during Covid-19, with much of the money expected to be spent on expanding hospital capacity.

But these plans left primary care ‘totally neglected’, Dr Kailash says, as it failed to mention any money going towards the sector – something he says has to be rectified.

The Government also announced a 2.8% pay rise for doctors and dentists this summer, but practices did not receive a specific funding uplift to back these pay rises for staff, as they were already under a five-year funding deal – a decision the BMA labelled a ‘kick in the teeth’.

‘How are we supposed to make this profession really attractive? Even now, not enough people are taking up general practice as a profession,’ Dr Kailash says.

Primary care must also be given the resources it needs to carry out the population objectives set by the Government, Dr Kailash adds, including the recently launched strategy to tackle obesity, which involves an expansion of weight management services in communities.

Population health should be the responsibility of communities, as part of a collaborative effort between local authorities, primary care and secondary care.

‘The Health and Social Care Act 2012 passed public health responsibilities onto local authorities, but at the same time their funding has been cut by 40% [too].’

Primary care is also facing the ‘biggest flu vaccination programme in history’ this winter, after the Government pledged to vaccinate more than 30 million people in England, expanding eligibility for a free flu jab to more schoolchildren, shielded patients and their households, and the over 50s.

However, it has still not provided general practice with details around various practical issues, and the sector looks like it will be overstretched, this winter, Dr Kailash suggests.

‘We all want the flu vaccination programme to be very successful, but how are we going to reach the entire community with the kind of workload we have, while also suffering a workforce crisis?

‘We used to view general practice as a ‘jewel in the crown of the NHS’, but it’s treated like it’s not even coal now. If we don’t look after primary care with the tenderness and care it deserves, it will be killed off.’