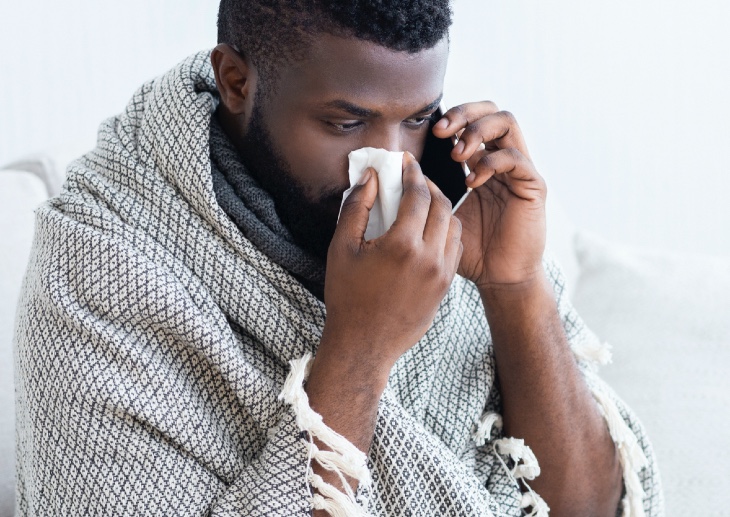 Criticism is mounting over the Government review looking at the disproportionate risk to black, Asian and minority ethnic people from Covid-19, with primary care and racism experts labelling it a ‘whitewash’.

The final document, published on Tuesday by Public Health England, concluded people of Bangladeshi origin are most at risk of dying from Covid-19 and that people from black ethnic groups were most likely to be diagnosed with the disease.

But media reports have suggested a key section was removed from previous versions and experts have said the lack of information on how to protect BAME people shows the Government is not taking the matter seriously.

It has been suggested that the redacted sections from the report included feedback from BAME representative groups, which had proposed BAME staff were more at risk due to discrimination and decisions made within organisations, including the NHS itself, according to a report in Health Service Journal.

GPs have said the statistics laid out in the report showing the higher risk of BAME people from the virus were already known and that the report lacks information on what steps to take next.

They have called on the Government to take action immediately and provide clear guidance on how BAME GPs and other staff can be protected.

PHE said the document had been published in full and that it would be seeking feedback before making recommendations.

Dr Ramesh Mehta, president of the British Association of Physicians of Indian Origin (BAPIO) told Healthcare Leader’s sister publication, Pulse: ‘We believe that unfortunately, this is a complete whitewash. We were hoping it would come out with new information and solutions – but there is no information or solutions.

‘This is not new knowledge. We were expecting PHE to concentrate on giving advice to the BAME population on how to protect themselves.’

He noted the report contained no mention of key issues such as the use of personal protective equipment.

He added: ‘We hope this doesn’t get buried. There is no doubt there will be a second wave. Without precautionary measures, it will be catastrophic.’

Roger Kline, research fellow at Middlesex University and author of the 2014 ‘snowy white peaks’ report looking at discrimination in the NHS, also told Pulse: ‘This report doesn’t tell us anything new. It contains no recommendations even though its terms of reference said it would.

‘It doesn’t provide any explanation – it gives the data, but doesn’t explain why BAME people are more affected and you can’t draw out of it how to mitigate risks.

‘There’s nothing at all of the voices of those who have been impacted by this. It’s pointless and will irritate people.’

He said the lack of substance to the report suggested the Government was being dismissive of the additional risk to BAME people: ‘It [the lack of information in the report] says we aren’t taking this seriously.

‘This is at a time when the NHS is screaming for some reasonably authoritative explanation.’

Professor Aneez Esmail, a GP and academic at the University of Manchester, said the way the PHE analysis has been carried out in the report fails to provide the full picture by only providing death risk rates.

He said other factors, such as occupation, poverty and being more exposed to the virus, should be looked at alongside death rates.

Professor Esmail said: ‘There clearly is a difference between BAME and white populations when it comes to rates of death. But we need to be aware that the way this PHE analysis has been done still doesn’t give us a full picture.

‘I think we will find that some GPs who died were unnecessarily put at risk, many of them were not working with proper PPE at the start of the pandemic and BME GPs are overrepresented in single handed practices.’

He added: ‘There is no gene for “ethnic minority”. The discrepancies are more to do with occupation, poverty and being more exposed to the virus.’

He said: ‘We are writing to the equalities minister to ask for a timetable on when actions are going to be taken.

‘They have said they are going to be listening to stakeholders.

‘But the time isn’t for listening. We have already spoken. We want ideas about how we can protect doctors and healthcare workers. This has to happen in the next two weeks.’

Sir Sam Everington, a GP in east London and former adviser to NHS England, said the report was ‘disappointing’, adding: ‘There is no central vision or plan. There’s no clear sense of what they’re [the Government] going to do.

‘It’s entirely unacceptable [if the report has been redacted] and a big mistake. It creates mistrust.’

In a statement provided by PHE, Professor John Newton, regional director of public health at PHE, said the report contained ‘a great deal of background and detailed information we think will be helpful’.

He said: ‘What we would like to do is get a lot of discussion about all these with the various groups involved in responding to it.

‘It is not easy to go directly from the analysis to making recommendations and we need to get the report widely disseminated and discussed before deciding what needs to be done, but clearly there are some fairly obvious conclusions that can be drawn, even from the data we have.’