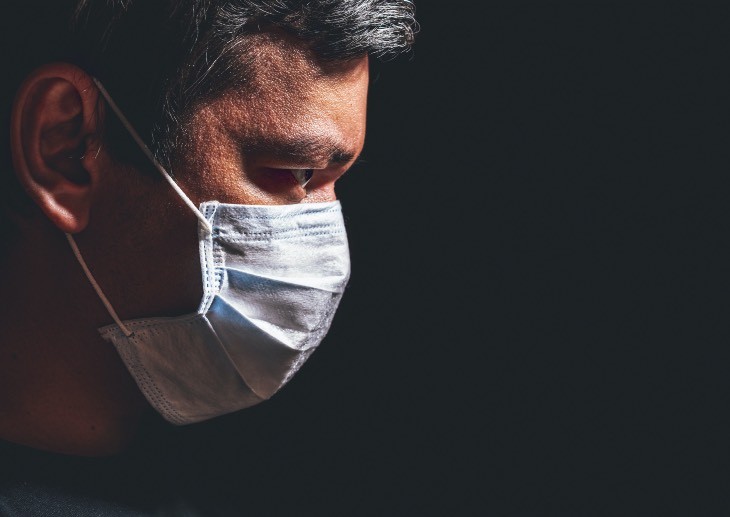 People of Bangladeshi origin are most at risk of dying from Covid-19, Public Health England’s rapid review into the disparities in risks and outcomes of Covid-19 has concluded.

But the report, published today, found that ‘people from Black ethnic groups were most likely to be diagnosed’ with the disease.

In response, health secretary Matt Hancock said he was ‘determined’ to ‘understand in full and take action to address’ the health inequalities that have been exposed.

The report said: ‘An analysis of survival among confirmed Covid-19 cases and using more detailed ethnic groups, shows that after accounting for the effect of sex, age, deprivation and region, people of Bangladeshi ethnicity had around twice the risk of death than people of White British ethnicity.

‘People of Chinese, Indian, Pakistani, Other Asian, Caribbean and Other Black ethnicity had between 10 and 50% higher risk of death when compared to White British.’

This contrasts with previous years where mortality rates were ‘lower in Asian and Black ethnic groups than White ethnic groups’, PHE said.

But it noted its ethnicity analysis did not account for comorbidities, obesity or occupation – which are associated with both the risk of infection and of dying.

Announcing the publication in Parliament today, Mr Hancock said: ‘People are understandably angry about injustices and as health secretary I feel a deep responsibility because this pandemic has exposed huge disparities in the health of our nation.

‘It is very clear that some people are significantly more vulnerable to Covid-19 and this is something I am determined to understand in full and take action to address.’

The equalities minister will be ‘leading on this work and taking it forward’ alongside PHE to further understand the impacts of the review’s findings, he added.

Dr Chandra Kanneganti, chair of the British International Doctors Association, said: ‘We were made to believe this was going to produce some actions – we don’t need stats, we need recommendations.

‘Through BIDA, we have spoken to the health secretary many times. I heard Matt Hancock say they will follow this with actions, and I hope he does, but this report has already been delayed and is already late.

‘We would like PHE to look at occupations, and provide recommendations on how our members can mitigate their risks in their particular jobs. We need a clear, one-page guidance on how we protect BAME communities – not this 89-page guidance.’

Recent Office for National Statistics modelling suggested doctors and nurses do not have a higher Covid-19 mortality rate than others of the same age and sex, although care workers were more likely to die than people in other occupations.