Workforce shortages must be addressed here, now and for the future 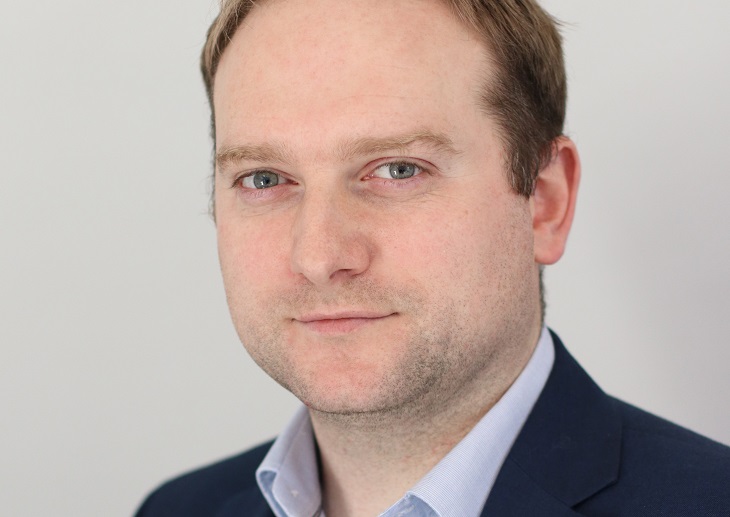 Last month, the Nuffield Trust, the King’s Fund and the Health Foundation released a report detailing the sheer scale of staff shortages plaguing the NHS in England. The three think tanks warn that workforce challenges ‘now present a greater threat to health services than the funding challenges’.

Trusts across the country agree with this diagnosis. In There for us, published a little over a year ago, NHS Providers reported on the national workforce challenge.

Among other findings, two-thirds of trust chairs and chief executives told us that workforce is the most pressing challenge to delivering high-quality healthcare within their organisations.

Scale of the workforce challenge

Widespread consensus on the scale of the challenge is an important starting point, but action is urgently needed to protect and enhance patient care. There are currently over 40,000 nursing vacancies and an overall shortage of over 100,000 staff within NHS trusts according to quarterly data released by NHS Improvement last month.

Estimates for primary care make for even bleaker reading with a survey by Pulse magazine earlier this year suggesting that up to 15% of posts within general practice may remain unfilled.

November’s report by the three think tanks sought to emphasise how much worse things will be in 10-15 years if nothing changes. In recent years, progress has been inadequate, despite the introduction of widely touted recruitment drives and employment targets.

This includes the 2015 Conservative manifesto promise to add 5,000 more GPs to the service by 2020. That plan is set to fail  as data from NHS Digital earlier this year demonstrated that the number of full-time equivalent GPs is in fact now 1,400 lower than the point at which this pledge was made.

How did we get here?

Recent official figures show that the NHS workforce has increased by 5.6% since 2010, with over 54,000 additional staff working within the service – compared to eight years ago. This sounds like a steady gain, but the truth is that it doesn’t come close to matching the rise in demand for health services.

In 2017, there were half a million more people aged over 75 than there were in 2010, with admissions to major A&E departments rising by over 30% in the same period. Growth in this area has not slowed since then, with hospitals now admitting almost 1,000 more patients per day into A&E than at this point last year.

The NHS has also experienced the longest and deepest funding squeeze in its history, with average annual funding increases of 1.1% between 2010 and 2015, and 2.3% since the general election that year.

This has hit staff directly through a 1% annual pay rise cap that was only lifted – for the first time in the best part of a decade – in 2018/19.

A new five-year funding settlement announced this summer offered £20.5bn a year of additional money until 2023/24 – a 3.4% real terms increase per year.

This is undoubtedly welcome, but our Recovering lost ground analysis showed this will only help to plug the gaps providers are currently facing, leaving little to no room for transformative change within the NHS.

The Government is set to announce its long-term plan for the NHS next month and there is hope that this moment will provide significant clarity over the strategic direction of the service for the coming years.

We will have to wait to find out what answers the long term plan, and any supporting workforce strategy, contains when it comes to NHS staffing shortages. However, there is a very real sense that action to plug the gaps and ensure appropriate staff capacity to protect patient care is needed now.

At a recent board meeting, NHS England said that workforce availability is ‘the principle internal risk’ ahead of a difficult winter that trusts have been furiously preparing for. A boom in healthcare education and training numbers is a must for the future, but we cannot take our eyes off the here and now.

There are a number of changes national leaders can seek to implement within the next 12 months to stem the tide of healthcare professionals leaving the NHS and open the door to new entrants.

The current salary cap of £30,000 for skilled worker visas is not fit for the present or future, given the huge number of unfilled nursing and social care jobs that will pay below this amount, and the significant decline in EU nurses joining and remaining in the workforce since the Brexit referendum.

Trusts desperately need additional nurses, doctors and other staff so a post-Brexit immigration policy should value the quality of patient care, prioritising this over income tax take.

EU employees will be given the opportunity to remain in the NHS through a ‘settled status’ application.

Many trusts have shown a commitment to their staff by offering to pay for application fees, and while the health and social care secretary feels this is a ‘good idea’, the Government currently has no intention to put forward the funding for this across the country.

An about-turn on this policy could be supported by an exemption on health surcharges for non-EU nationals working in the NHS and tax relief for consultants and managers faced with punitive pension tax charges.

Both of these measures could help in the long-run by ensuring providers do not need to place such great reliance on agency staff.

The future NHS workforce will rely on a significant expansion of staff working in new roles, whether these are physician associates, nursing associates, advanced clinical practitioners, or other positions.

Trusts are eager to employ staff within these roles but frustrated that little progress made when it comes to supporting this direction of travel.

While we expect this to be a focus of the long-term plan, the Department of Health and Social care should seek to support and enable the regulation of staff in new roles, and consider short-term incentives for prospective employees and trusts.

On his appointment to the role in July, Matt Hancock pledged to prioritise the workforce, saying the NHS is ‘nothing’ without its staff, ‘the millions of people who turn up every day to improve the lives of complete strangers.’

Mr Hancock’s words were encouraging and we look forward to seeing the action that is urgently needed to ensure we have an NHS workforce fit for both the present and future.

Finn O’Dwyer Cunliffe is a policy advisor for NHS Providers.