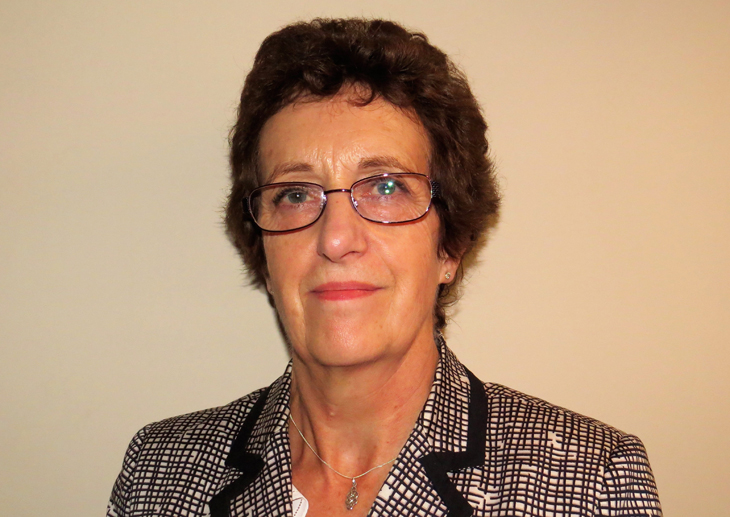 With more than 40 years’ pharmacy experience, Cathy Cooke has worked in multiple settings – from head of medicines management at Allied Healthcare to head of pharmacy in Bristol Prison.

Q Why did you become a pharmacist?

A When I was a child, I wanted to be a vet but my father had a grocery store and one of his good friends had a pharmacy two doors down. I did some work for him in the school holidays and thought I’d quite like to be a pharmacist.

Q What’s the key to your success?

A Being adaptable and practical and taking advantage of situations as they occur. I’ve had a number of different roles, which have given me quite a lot of experience.

I’ve also happened to be in the right place at the right time. It’s important to have a good range of skills: to have [excellent] communication skills, be able to hand over information and just go for it.

Q How did you successfully move from on role to another?

A It was difficult on occasion, partly because I’d been in community pharmacy for around 25 years.

I wanted to do something different and it’s a bit of a leap in the dark sometimes but you’ve got to go for it. Moving sector in the old days wasn’t particularly something that was done. You had to convince people you could do it and that you had transferable skills. It’s easier to move around now and it’s even encouraged.

I think it’s about having confidence in yourself because you don’t know until you go for it [if it will work out].

If you go for something in a different field, it’s like being dropped in at the deep end [so] it’s about having the confidence to not know everything.

I’d never worked in secondary care before but I’ve got years of experience in different types of settings – community, trust and prison. There was a lot coming in that I didn’t know and that can be quite daunting.

It’s about having realistic expectations and not being frightened to get people on side to support you. Sometimes you’ve got push yourself.

Q What challenges have you faced along the way, as a female pharmacist?

A I’ve always thought ‘I’m a pharmacist it doesn’t matter whether I’m a man or a woman’, I’m optimistic and couldn’t see that it would make a difference but there were occasions when I came across embedded cultures.

Retrospectively, [there are instances where I might think] ‘Didn’t I get that because I wasn’t right for the role or because a man got it?’.

A Supporting people, mentoring other pharmacists and being able to do something [for others].

For example, when somebody came back into the pharmacy saying ‘Thank you very much’, I would get evidence that I was making a difference. Those little moments are quite nice.

Q What are the most valuable lessons you’ve learnt?

A Be professional and honest about what you know and don’t know because people will trust you if you’re honest.

A You need to listen, see and understand what’s going on. Also show people that you’re with them and be enthusiastic because you’ll take them with you if you’re enthusiastic.

Q What advice would you give women who want to be leaders?

A Have confidence in your abilities. That’s the thing men have, they’re often confortable in themselves and promote themselves well.

As for women, we tend to think ‘I’m average, everybody is like me’. But it’s about going for things you think you can do. You can practise it, build the skills up to present yourself and be confident in yourself by talking to people for example.

Q What healthcare improvements need to be made in prisons?

A I worked as head of pharmacy in Bristol Prison in 2004, when Bristol Primary Care Trust was still taking responsibility for healthcare in prison.

The healthcare provision, particularly pharmacy, was pretty good in that prison. There’s also been quite a lot of work done since then when it comes to implementing healthcare standards and bringing them up to the equivalent NHS standard in other settings.

There have been quite a few improvements compared to when I started, even if there are still challenges in some areas.

There are a lot of needs that require input in prison. The standards are there but it’s about how providers can meet them with the available budget.

Q Do you think the NHS will survive another 70 years?

A Who knows? Despite all this talk about privatisation, it doesn’t seem to be the Government’s drive. The NHS is a service and how it’s commissioned and made up might [change].

Things are changing so fast now that to say it will be the same in 70 years time is unrealistic.

This story was first published on our sister publication The Pharmacist.