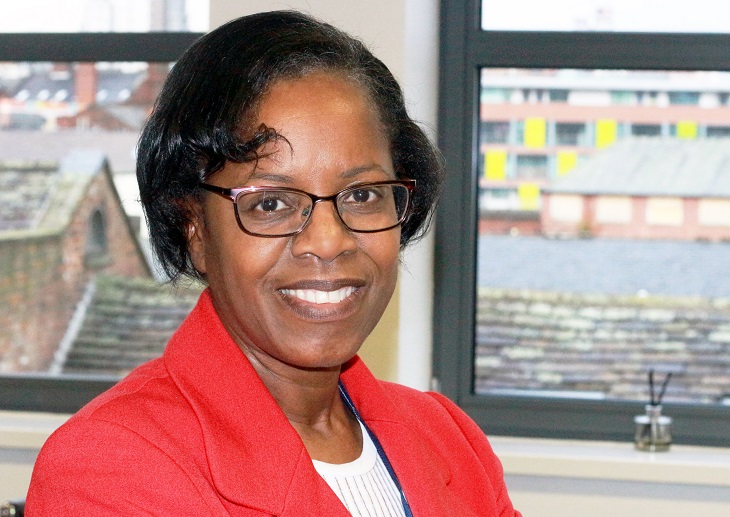 Joan Saddler joined the NHS Confederation in 2013 as associate director, to lead the organisation’s work on inclusive engagement, equality and diversity.

Ms Saddler never concentrated on equality, diversity and inclusion (EDI) issues prior to this role. However, she was keen to keep the subject high on each of her organisations’ agenda.

She tells Healthcare Leader how she is supporting both the NHS Confederation and leaders within healthcare to ensure they endorse diversity and balance in their organisations.

Q. How did you become associate director at the NHS Confederation?

As associate director at the NHS Confederation I work [to ensure] the inclusion of people who use the NHS, for them to get a fair and better service. That is essentially everybody, but inclusion also for the people who deliver the services.

I’ve never just focused on EDI as a role [before joining NHS Confederation].

I have chaired Waltham Forest primary care trust (PCT) for seven years, ran an organisation in the voluntary sector for a good 10 years and worked in the department of health, where I was a national director for patients, patient engagement and experience.

I did those roles keeping my life experiences in mind. What shaped me [as a person] has embraced a fundamental approach to EDI.

The challenge here at the confederation is [to make people] understand why we need equality, diversity and inclusion. Can we put these issues on a more equal footing?

We have a diverse workforce, which in all its glory includes women, BME people, and people of different beliefs. We have that diverse workforce and [we should reap the benefit of it] so we can get a better service for all patients, not just for specific parts of the communities we serve.

EDI matters because it’s about all of us.

Q. What work will you do with ICS boards on improving equality?

Instead of saying, “Can you please have an equality, diversity and inclusion plan,” we’re asking, “What would it mean to have an inclusive environment where everybody is respected? Where partners respect the smaller, as well as the bigger partners, where we then think about what our role and our accountability to local people is in getting our scope of work right?”

Strategically, ICSs have an opportunity to really change the dial. They have a chance to work collaboratively with small third sector and independent sector providers who are well engaged with a specific group of patients.

Q. Together with NHS England chief executive Simon Stevens you chair the NHS equality and diversity council. What does this role entail?

That celebratory aspect of EDI is sometimes missed so we are saying to those NHS leaders who are doing well that it matters, and we want to profile [their achievements].

The equality and diversity council had three key aims. One around leadership and making sure people have those leadership skills as inclusive leaders, to lead on EDI.

Secondly, to align EDI across the different NHS organisations and those working with the NHS.

Thirdly, we’re looking at the strategic nature of EDI. Can we make sure we’ve got a performance system, or a way of reporting EDI? These are some of the things we’ve been working on.

As a leadership council we’ll set our goals every two or three years, and of course Simon Stevens has been instrumental in keeping a high focus on EDI. I work with him to set a direction [on the EDI agenda], to see what we haven’t managed to do, and how we can do better.

Q. You were awarded an OBE for your services to health and diversity in 2007. What led to this award?

The OBE acknowledged the work I was doing in response to the needs of our community. I’ve been doing that for a long time, and for many of us working across equality and diversity inclusion, sometimes that’s not recognised.

The OBE also acknowledged my efforts as Waltham Forest PCT chair. Under my leadership, we successfully reduced flu rates and the uptake of flu vaccination increased for the first time in the life of the PCT. Our breast screening rates were the highest at the time.

We were able to achieve these results because we worked with our community and looked at community driven solutions.

Q. What are you most proud of in your career?

As a PCT chair I launched our work with local communities. Good, inclusive engagement with the workforce and with the people who use your services helped us improve our performance.

At the NHS Confederation, we set some absolute targets for NHS employers and I have been instrumental in promoting and developing the 50:50 on boards by 2020 campaign. That has seen some real change, we’re really getting towards that figure.

Thirdly, we developed an understanding that we don’t just have to empower people into their roles but also support them [to move up the ladder] – specifically women.

Q. Who is your role model in the NHS?

There have been many. One of those is emeritus Professor Elizabeth Anionwu, who campaigned for 10 years for the statue of Mary Seacole [that stands outside Guy’s and St Thomas’ NHS Foundation Trust in London].

She was instrumental, along with others, in making sure that the statue – a recognition of a BME nurse who did so much for nursing [helping soldiers around the world during the Crimean War] – is now standing on the banks of Parliament.

Professor Anionwu is hugely motivational and a very humble person.