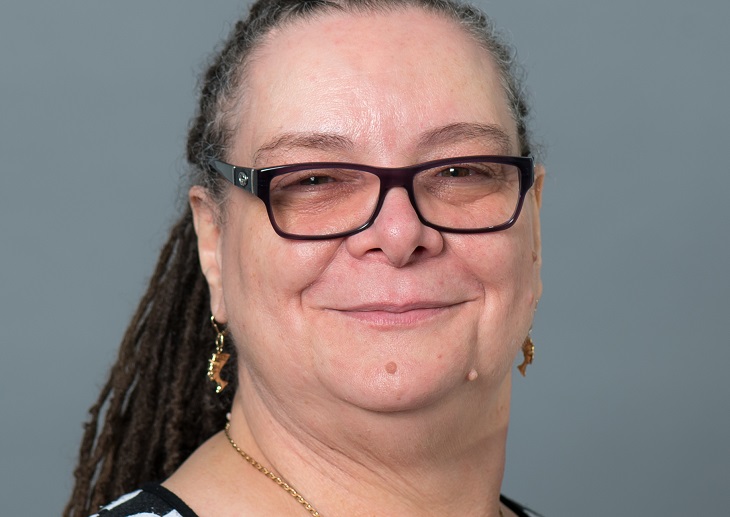 Marie Gabriel became chair of the East London Foundation Trust (ELFT) in 2012, having built extensive experience as chair of seven combined primary care trusts (PCTs) in north east London. More recently, in January she became the chair of Norfolk and Suffolk NHS Foundation Trust (NSFT), which ELFT has been supporting since it was placed in special measures for the second time in 2017.

To add to her current roles as chair, she is also the chair of the Workforce Race Equality Standards (WRES) Strategic Advisory Group.

A supporter of the Health & Care Women Leaders Network, she tells Healthcare Leader about her experience of working as a woman in the NHS.

How long have you worked in the NHS?

Well, it depends on your definition of ‘worked in’. I have been involved in health-facing voluntary organisations as a volunteer trustee/board member for over 20 years. I think my most relevant external role was a chair of my local community health council, which was the statutory patient engagement body of the NHS and a forerunner of Healthwatch.

I was happily making an impact on health services in this role when I was approached by Elaine Murphy, now Baroness Murphy, who was chair of the North East London region’s strategic health authority. Elaine was concerned about diversity on the boards in her regions and had actively sought our potential BME candidates to become non-executive directors (NEDs).

She was very persuasive and persistent, so I applied to be a NED with Newham Healthcare Trust, now part of Barts, in 2001. Within two years she was pursuing me again to apply for a chair role and I became chair of Newham PCT in 2003. I have remained an NHS chair ever since – staying with Newham PCT as it morphed into NHS Newham, then chair of the combined seven PCTs of north east London before arriving at East London Foundation Trust (ELFT) in 2012. In addition to ELFT, I am now also chair of Norfolk and Suffolk Foundation Trust.

How has your experience been of working in the NHS?

It has been very interesting and positive overall. I’ve been lucky to work with some amazing people across and within organisations, including, of course, with patients. Together we have a shared purpose of improve health and improving health outcomes, ensuring that this huge organisation is really patient driven, a great place to work and truly inclusive and accessible.

There have been some major challenges along the way, such as insuring we respond appropriately to national changes in law and policy and transforming organisations so that they can improve. At times it’s been harrowing and at other times stressful and frustrating, but overall definitely well worth it for the successes – each one of them.

I have definitely found a sisterhood in the NHS, amazing women who I have been able to share challenges and receive support from, leading to some life-long friends. There are also networks within that sisterhood of women that I in turn support to progress.

I always have co-mentors and purposefully seek to ensure that I support others to progress and at the same time strive to make the NHS itself more inclusive. The work I do with WRES has been incredibly important to me over the last few years, we are making real and evidenced progress, with a great plan to improve senior representation further.

Have you had any barriers to your progression? If so, how were they overcome?

As a woman, I would be viewed as successful and it’s true, I have been; decision makers have believed I have something to offer and even sought me out. In that way I have been fortunate.

However, I have worked very hard to be where I am. I have always ensured it was impossible to ignore me by volunteering for things, delivering effectively, speaking truth to power and remaining my authentic self. I think in that way, I look for the barriers and kick them down before they can get me.

As a woman, the hurdles are actually about being a BME and working-class woman and they are day to day ones that are annoying and have to be addressed. There are still people who assume I am the tea lady, I am still often surrounded by people who don’t share my heritage, gender and class. I still experience people not wishing to engage with me or speaking over me in meetings or making comments that are stereotyping, even if not meant. Things are improving but there is still a lot to do. That is why the Women’s Health and Care Women’s Leaders Network is so important.

Marie is a supporter of the Health & Care Women Leaders Network, a free network for women working across health and care delivered by NHS Confederation and NHS Employers. If you are a senior or aspiring female leader, join the network to connect with colleagues via events and tweet chats, and share learning through blogs and key reports