Analysis: what does the future hold for CCGs? 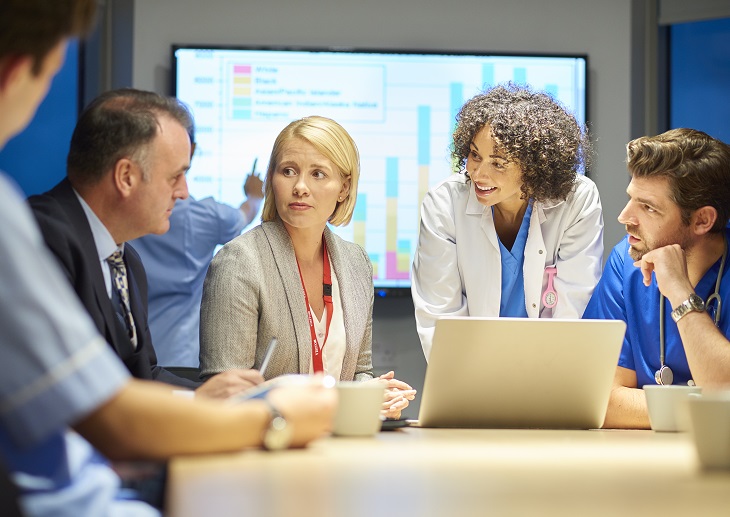 The long term plan, published last week, placed greater emphasis on integration and set out how the health service will reform over the next ten years.

Over 200 CCGs were introduced in 2013 to substitute primary care trusts (PCT) as the commissioners of most services funded by NHS England.

At present, there are 195 CCGs in England. However, under the current plans, it looks like the number will become smaller over the coming years.

Could there be fewer CCGs following the long term plan?

The long term plan said that, by April 2021, ICSs will cover the whole country.

In order to allow ICSs to endorse a single set of commissioning decisions at system level, commissioning arrangements will be ‘streamlined’ and this ‘will typically involve a single CCG for each ICS area’.

It is not known yet how many ICSs there will be by 2021, as the long term plan only states that they will ‘grow out’ of the current 44 STPs.

Speaking in Parliament last week, NHS chief executive Simon Stevens said that, ‘in all likelihood’, there is going to be a smaller number of CCGs to match the number of ICSs.

What power will CCGs hold?

Under the long term plan, CCGs are expected to become ‘leaner, more strategic organisations that support providers to partner with local government and other community organisations on population health, service redesign and long term plan implementation’.

The plan does not clarify what this will actually mean for CCGs practice but they will surely have to share part of their powers with other local organisations.

Together with trusts, primary care networks, local authorities, and the voluntary and community sector, a CCG member will represent their organisation on an ICS board.

Where will the money go?

When they replaced PCTs in 2013, CCGs were given the responsibility to manage about 60% of the NHS budget, commissioning most of the secondary care and GP services.

In the long term plan, NHS England said they will continue to favour the unification of ‘health and social care budgets where councils and CCGs agree this makes sense’.

This means that it will become more common for CCGs to share their resources with local councils.

More details around the integration of health and social care services will be revealed as part of the social care green paper, which according to health minister Stephen Hammond will now be published before April.

However, NHS England said that CCGs and local councils could join up their resources through four models that proved successful in the past.

How will CCGs make savings?

The five-year funding settlement, announced by Prime Minister Theresa May in June 2018, will help NHS organisations be in financial balance by 2023/24, according to the long term plan.

This will be achieved by ‘reducing year-on-year the number of trusts and CCGs individually in deficit, so that all NHS organisations are in balance by 2023/24’, the long term plan said.

What this will mean practically is CCGs will need to keep a closer look at their finances. Not only will they count on a reduced commissioner sustainability fund – which will eventually be phased out – starting from this year but they are also required to cut their administrative costs by 20% to maximise the funds available for direct patient care.

According to a BMA briefing on the NHS Planning Guidance 2019/20, a ways CCGs could adopt to reduce costs will be by merging, a decision they might take as the planning guidance asks them ‘to propose new approaches to “efficiencies”’, which might lead them to make this decision.

Chief executive of NHS Birmingham and Solihull CCG Paul Jennings believes it is likely that there will be more CCG mergers in the future but that merging could come with number of benefits.

He told Healthcare Leader: ‘Since merging in April 2018, we have already seen a number of demonstrable benefits over-and-above the predicted ones around financial efficiencies, streamlined decision making and clearer governance.

‘We now have a much stronger and credible voice within the local system and also a clearer role within our STP, can offer greater consistency for our patients, have seen significantly strengthened relationships with our partners which support and enable delivery, and have been able to retain and refocus our talent and people.’