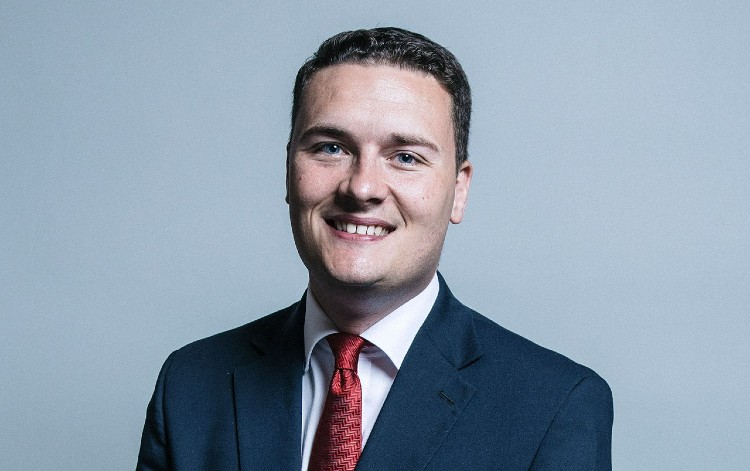 It comes just four months after Mr Streeting announced he was cancer-free following an operation to remove his kidney and he returned to his frontbench duties.

In a tweet following his appointment, Mr Streeting said: ‘This year the NHS saved my life and staff across health and social care are getting us through the worst pandemic in living memory. Labour created the NHS. We’ll make it fit for the future.’

He added that he is ‘delighted’ with the role and Mr Ashworth had left ‘huge shoes to fill’.

Mr Ashworth said on Twitter that he is ‘hugely confident’ that Mr Streeting ‘will be a superb and worthy successor and be as proud as I was to be Labour’s health spokesperson.

In September this year, the MP for Leicester South became the longest ever serving Labour shadow health and social care secretary after his appointment in October 2016 under then-Labour leader Jeremy Corbyn.

Mr Ashworth continued: ‘It’s been an immense privilege to serve the nation as shadow health secretary these last two years of the pandemic.

‘But in September I passed Robin Cook’s 1987-92 record and became the longest serving Labour shadow health secretary in history. It’s the right moment for new challenge!’

Mr Streeting, who has been an MP since 2015, has previously served as the shadow minister for schools and the shadow exchequer secretary for the Treasury, both under Sir Keir.

Picture by Chris McAndrew, CC BY 3.0