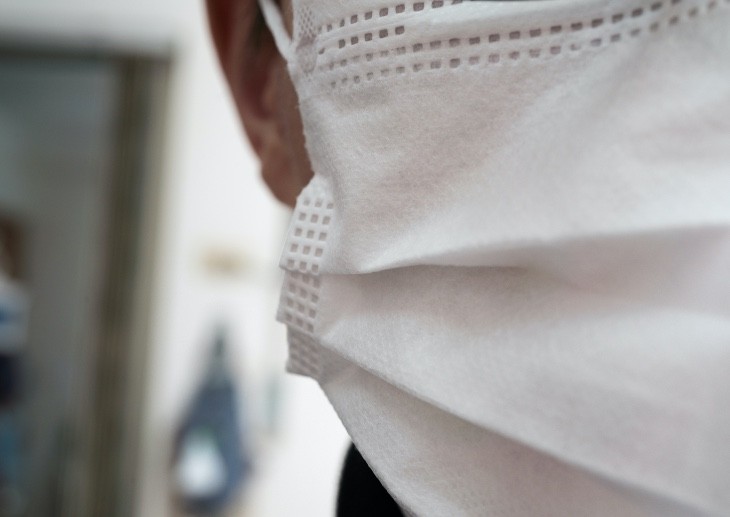 The Government’s PPE stockpiles were ‘inadequate’ for a coronavirus pandemic, and its supply structures became overwhelmed in March, leading to reports of shortages, according to the National Audit Office (NAO).

The investigation into the supply of PPE during Covid-19 found that central stockpiles, originally intended for a flu pandemic, only provided up to two weeks’ worth of stock once coronavirus hit.

The DHSC spent £12.5 billion on orders for 32 billion items of PPE between February and July 2020, but only 2.6 billion items were delivered to front-line organisations in that period, according to the NAO.

The PPE-buying and distribution arrangements in place could not cope with the ‘extraordinary demand’ for supplies early on in the NHS and social care sectors, the independent watchdog said, with a global decline in exports, particularly from China, adding to the problem.

The ‘chaotic nature’ of the PPE market during the pandemic also increased the risk of acquiring sub-standard products, the report found, with the DHSC reporting that 195 million items were classified as ‘potentially unsuitable’.

Also, buying PPE in an ‘overheated global market’ meant the Government spent £10 billion more than it would have for the same items in 2019, it added.

Employers reported 126 deaths and 8,152 diagnosed cases of Covid-19 among health and care workers as linked to occupational exposure, the NAO said, though it was not possible to confirm whether PPE or other infection prevention measures played a role in any of those cases.

Community organisations and trusts had to rely on gathering PPE from a combination of centrally allocated sources; what they could buy directly themselves, and items shared by other organisations, found the investigation.

The NAO said: ‘Once the Government recognised the gravity of the situation it created a parallel supply chain to buy and distribute PPE. However, it took a long time for it to receive the large volumes of PPE ordered, particularly from the new suppliers, which created significant risks.’

It identified difficulties with distribution to providers, and many front-line workers reported experiencing shortages of PPE as a result – which has also been reflected in surveys by the BMA and others.

However, NHS provider organisations questioned by the NAO said they ‘were always able to get what they needed in time’.

NHS and social care representatives, in the report, criticised Government guidance on PPE and how it was communicated, which according to NAO, changed 30 times from its publication on 10 January to 31 July.

They said the frequency of changes made it confusing and that ‘some of the measures outlined were not sufficient to protect workers properly’, according to the public spending watchdog.

The position with regard to PPE supply was ‘improving’ towards the end of May, the NAO said, with the supply chain holding at least one day’s worth of stock across all PPE items for the first time. At the end of September, the DHSC reported that it was on course to have stockpiled four months’ supply of PPE by November 2020.

Gareth Davies, head of the NAO, said: ‘As PPE stockpiles were inadequate for the pandemic, the Government needed to take urgent action to boost supplies. Once it recognised the gravity of the situation it worked hard to source PPE, but most of these orders were not received in time for the first wave of the pandemic and many front-line workers reported shortages of PPE during that time. The price of PPE increased dramatically, and that alone has cost the taxpayer around £10 billion.

‘There are important lessons for the Government to learn as it continues to tackle the pandemic. This includes fully understanding not just the requirements of the NHS, but also social care providers so that they can be better supported in future.’

In response to the findings, Jo Churchill, health minister, said: ‘As the NAO report recognises, during this unprecedented pandemic all the NHS providers audited ‘were always able to get what they needed in time’ thanks to the herculean effort of Government, NHS, Armed Forces, civil servants and industry who delivered around five billion items of PPE to the frontline at record speed.

‘We set up robust and resilient supply chains from scratch and expanded our distribution network from 226 NHS trusts to over 58,000 health and care settings. With almost 32 billion items of PPE ordered we are confident we can provide a continuous supply to our amazing frontline workers over the coming months and respond to future eventualities.’