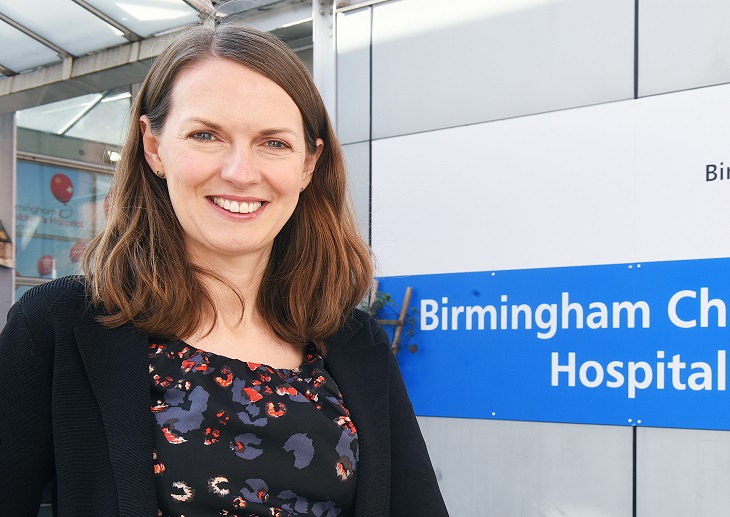 By Valeria Fiore
Journalist intern
31 May 2018

Valeria Fiore talks to chief executive of Birmingham Women’s and Children’s NHS Foundation Trust Sarah-Jane Marsh about what makes a good leader and what can be done to reduce race inequalities within the NHS workforce.

As chief executive of Birmingham Women’s and Children’s NHS Foundation Trust– the first of its kind in Europe – she aims to inspire others to make the NHS a great place for both patients and staff.

Q How long have you been a chief executive?

Q Why did you become a chief executive?

However, I haven’t left this role since. It’s just such a varied job; you get to do so many things and work with highly talented and skilled staff. You also get to be the advocate for the hospital and work with other organisations based in the vibrant city that Birmingham is.

A It’s important, particularly in the public sector and the NHS, that people have the right set of values. They should be there because they’re striving to make the organisation they’re responsible for a fantastic place for patients and a great place for staff to work.

You need a whole range of skills. A leader should be open and transparent, but also let people they work with know that they don’t always have all the answers and that therefore, they’re happy to work collaboratively with staff.

Q How do you make the NHS a better place from an equality point of view?

A I would really like to see everybody in the NHS discuss what we can do to get equality right.

We’ve made considerable progress on gender representation in the NHS, as reflected in our chief executive and board profiles. It’s not perfect, and we still have a gender pay gap, but we’re ahead of other sectors. This is how we learn and how we bring women into leadership roles and we should start thinking about how we can use the same process for staff coming from a Black and Minority Ethnicity (BME) background.

I’m increasingly convinced that it’s largely going to be about what white people can do to challenge their own privileges.

It’s difficult to admit that there is a problem, because nobody wants to say they’re racist. But when you look at the track record of some decision making, you find yourself asking if the decisions were taken in a fair way.

Q You recently tweeted that you ‘ will no longer sit on any interview panel that does not have a BME member. We need to end “the white wall”.’ What encouraged you to make such a bold move?

A We had just had our latest round of data from the Workforce Race Equality Standard (WRES) scheme and it showed us that while we’ve made improvements in some areas, there are still some quite troubling figures.

I think there are only two possible explanations for this: either we have a problem with how we are doing our recruitment or white people are twice as good as [ethnic minorities] – and I don’t believe that the second of those is true.

The population we serve here in Birmingham is very diverse and that’s reflected in our workforce as a whole, which is exceptionally diverse. But unfortunately, you are less likely to find that diversity at senior levels.

Some BME candidates might make a subconscious decision when stepping into a room full of white interviewers and decide not to give their best if they feel there is nobody like them at the institution. We want candidates to see how diverse we are and that we welcome diversity.

On a positive note, we have seen some improvement in the number of BME people in the most senior leadership positions, in band 8 and 9. We have gone from about 2% to 3.9% – [although that’s still] embarrassing looking at the sort of workforce we have got.

We have an advantage in the NHS: we collect our workforce data, but we also have to analyse and report on it.

Q What advice would you give women looking to become chief executives?

A I think I would give the same advice to everybody. There is no shortcut to working really hard.

However, I think I would tell women and people from BME backgrounds, ‘Don’t think that people are better than you. It’s often easy to think ‘that person has lots of [qualities] that I don’t have’.

Everybody has insecurities. You have to work on what you’re good at and be confident in your own abilities.

Q Who is your role model in the NHS?

A I’ve had different ones at different parts in my career. However, I think Julie Moore, chief executive of the University Hospitals Birmingham NHS Foundation Trust, is very inspirational in her commitment to doing the right thing for patients and staff.

However, a lot of people I draw inspiration from are not chief executives or directors. They’re the workers you meet on the ground, on the frontline. They are the people who really make the NHS go around.