Sir Robert Francis: ‘You have to get the values right and then design the system around that’ 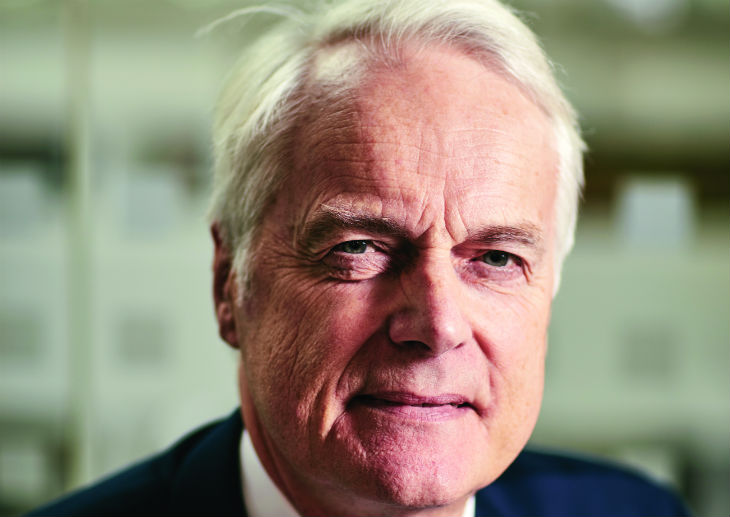 Sir Robert Francis, the man behind the inquiries into one of the NHS’s biggest hospital scandals, talks to editor Nora Elias about the value of public involvement in shaping health and social care.

Robert Francis QC has an impressive CV. In addition to being a barrister, he is also a part-time crown court judge, authorised to serve as a deputy high court judge, and honorary president of the Patients Association – to name just a few highlights.

No doubt, however, most people know him best as the man who headed the two inquiries into one of the biggest scandals ever to face the NHS – the appalling failings in care at Mid Staffordshire Foundation Trust.

Now taking the helm as the new chair of Healthwatch, Sir Robert is discussing the importance of involving the public to a greater extent in the services the health and social care system delivers – and Healthwatch’s role in that.

‘No service outside of the public sector would dream of making plans for the future without intensively engaging the public they serve – and health and social care are no different,’ Sir Robert says.

Or rather, he argues, they should be no different. ‘It’s important to get people’s views on how we move towards the commissioning of health and social care as a package rather than everyone sitting in their ivory towers, doing their own thing with their own pot of money,’ he explains.

‘If you don’t get that conversation right, plans will be made and implemented that don’t reflect what people actually want or need.’ While he believes that encouraging first steps have been taken towards greater involvement of the public in the moulding of services, Sir Robert feels we still have some way to go before the process is complete.

‘The language is there: “patient experience; engagement, public involvement”, but I’m not sure we’ve yet successfully cracked how to provide it properly,’ he says. ‘And how do you get a better public health system without engaging the public about what appeals to them?’

What the people want

This is a development in which he feels Healthwatch – whose remit is to give a voice to those who use health and social care services in England and whose organisational structure includes 152 local Healthwatch organisations across the country – is primed to make a difference.

‘One of the things that attracted me to this job was that Healthwatch is there to find out what people think and make sure that is at the table when decisions are being made,’ he says.

‘By the time I’ve finished in the role I would like to see that no important decision is taken about health or social care in this country without the involvement of the people who are being served by those decisions.’

Today’s population demands a more significant involvement in the development of treatments and services than it did in 1948. ‘People expect to be part of the decision-making process and if this doesn’t increasingly apply, the survival of the NHS will be threatened,’ Sir Robert says. ‘Unless people feel that they are listened to, they will lose confidence in the service.’

Moving away from the focus on secondary care is, Sir Robert believes, also key to future-proofing health and social care. ‘If we are commissioning care in its broadest sense, we need to stop talking about hospitals. We’ve got to start talking about primary and community care,’ he says.

‘One of the big issues is obviously how we stop people ending up in hospital, so it should be about the best way of caring for the people we serve in our community, and that’s a collaborative effort. It’s about getting rid of that silo mentality.’

Sir Robert also emphasises the importance of a greater focus on social care, perpetually overlooked both when it comes to funding and a place in the national conversation. ‘We now have a Department of Health and Social care, but you do detect that the social care bit is often forgotten about,’ Sir Robert says.

He also feels there is vital work to be done in helping to educate the public on how the social care system functions. ‘The public at large has a complete absence of understanding of how they would organise their care needs in old age, for instance,’ Sir Robert says.

‘There’s an impression among quite a lot of people that it’s all free, like the NHS.’ On the topic of the upcoming social green paper – which at the time of our conversation, and of going to press, was still said to be arriving before the end of the year – Sir Robert says:

A failure to listen

Sir Robert not only chaired the two Mid Staffs inquiries, he is also the author of the in-depth Freedom to Speak Up review of 2015, which examined how whistleblowers are treated in the NHS. As such, it’s nearly impossible to interview him without discussing the culture of the NHS.

‘One of the things that became crystal clear was how much of that disaster happened because the people in leadership positions didn’t listen to the people they were serving,’ Sir Robert says of the Mid Staffs inquiry and how the NHS’s approach to tackling internal problems affected what happened at Staffordshire Hospital.

‘Patients who had concerns were either ignored or ostracised when, actually, everything they said was true and if only someone had listened to them earlier a lot of that disaster could have been prevented,’ he adds.

He says one thing that took him aback during the Mid Staffs inquiries was the level of disbelief displayed by senior figures at what they unearthed – given that the reports he produced were not the first on the topic. ‘I was shocked by how shocked the people in the system were,’ he says. ‘There were people genuinely almost in tears in the Department of Health.

‘It dawned on me that it was the impact of people’s stories and experiences that resonated in a different way than when they were looking at figures about mortality and outcomes.’ He was, he says, also saddened to see the devastating consequences of a system that simply was not functioning, despite the best intentions of many of those within it.

‘It was dispiriting how the system had lots of dedicated people thinking they were doing their best but all working separately. They were not communicating properly with each other and therefore unwittingly allowing these failings to develop.’

The most vital lesson he learned from the Mid Staffs inquiries was, Sir Robert says, the importance of culture in offering patients the best service possible. ‘In order to have a caring, compassionate and effective service, while the system is of course important, culture is far more so,’ he says.

‘The first things you have to get right are the values and the purpose – and then try to design the system around that.’ He does, however, feel progress has been made since the final Mid Staffs inquiry report was published in 2013.

‘On the whole, I think the system is much more honest in terms of how it projects itself to the public,’ Sir Robert says. There are problems, but people talk about the issues and we talk about safety, which were far lower down the agenda before.

‘Of course the conditions that led to Mid Staffs are potentially still around, but we’re getting better at spotting these things before they get as bad.’ The next change, he adds, should be the way in which such issues are addressed.

‘The next step is to find a better way of solving those problems because I think the system is still too punitive,’ he says. That does not, however, mean he believes the favoured NHS panacea of restructuring is the answer. ‘I’ve often said that we need to avoid major reorganisation: change should be evolutionary.’

A new breed of leaders

Nearly four years after the publication of the Freedom to Speak Up review, Sir Robert also feels there have been positive developments in the treatment of staff who voice concerns about patient safety. ‘A lot of progress has been made and we now have freedom to speak up guardians in every single trust in the country,’ he says. Sir Robert suggested these in the 2015 report.

‘We have this network of people who are empowered to go anywhere in their organisation, who are a focal point for advice. The very fact that we have that is a signal to people that this is being taken seriously.’

While Sir Robert finds the nascent cultural shift within the NHS encouraging, real transformation will, he believes, only come with a changing of the guard. ‘I don’t, to put it bluntly, believe a lot of it will change until we’ve got a new generation of senior professionals,’ he says.

‘If you’re taught and trained in an environment where people shout at and bully each other, you tend to learn that.’ This is, however, something time and a societal shift look set to help with.

‘The concept of leadership is changing. It’s about inclusivity and enabling your team to do something, rather than the classic surgeon who’s there to save lives and woe betide anyone who gets in his way.’

The healthcare leader of the future is, Sir Robert says, ‘an inclusive, empowering leader’.