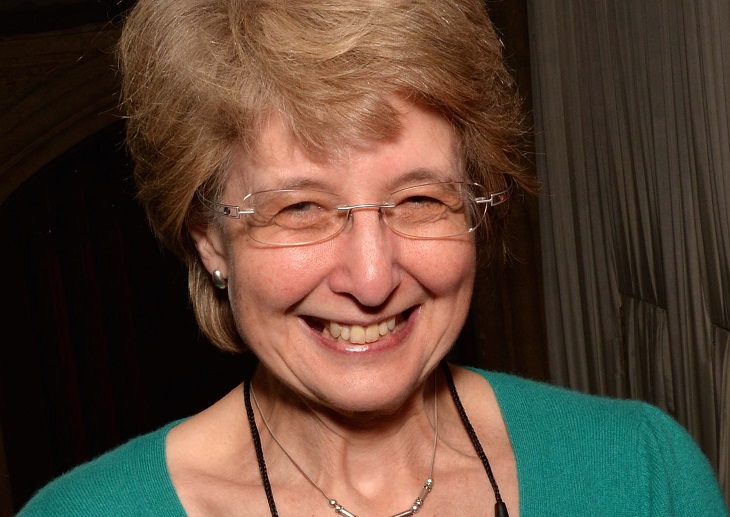 Deputy editor Angela Sharda talks to Ruth Lester, honorary consultant plastic surgeon at Birmingham Children’s Hospital and Birmingham Women’s Hospital, about the challenges she faced in setting up a specialist clinic and her journey into surgery.

Ruth Lester worked her magic treating children who had suffered from trauma or needed reconstructive surgery for 26 years.

A member of The British Society for Surgery of the Hand, she holds the position of honorary consultant plastic surgeon at Birmingham Women’s and Children’s NHS Foundation Trust. She has also led the way in setting up national data collection initiatives to help identify the surgical outcomes of hand injuries in the UK.

Lester also helped set up a charity, the Children’s Hands and Arm Surgery (CHARMS), to raise funds for children’s hand and upper limb procedures at Birmingham Children’s Hospital. Now retired, Lester, 69, says she has learned to knit and crochet in order to still ‘do something with her hands.’

Another one of her interests is delving deep into music and being part of an orchestra, The European Doctors Orchestra, which raises money for charity.

‘I thought: I’ve just got to have a go at surgery’

Initially, Lester was set to study electronic engineering – until she was advised to choose medicine by her local GP. And, while she had always been intrigued about what makes things function, she thought it would be ‘a bit warmer’ to work with the human body.

Her father was the headmaster of a primary school and Lester says there was initially ‘a little resistance’ when she announced that she would like to go to medical school, as there had never been a doctor in the family.

Despite this, Lester says her family was very encouraging. She obtachained a waiting list place at the medical school at the University of Sheffield but also applied to and was accepted as a cadet by Volunteer Service Overseas (VSO). She wrote to the university and asked them to defer any place that may be offered to her and they agreed to give her a conditional offer, appreciating the value of being a volunteer for a year.

Lester initially thought she should go down the more conventional route and choose general practice as there were not many women in surgery at the time. She worked in paediatrics for a year but found it difficult to watch children be ill when she felt there was not enough she could do to truly help.

She wasn’t able to care for them with her hands, she said: ‘It was all general care and medication. I thought: I’ve just got to have a go at surgery and I was always interested in the hands, they are so complex and we use them all the time.’

Lester began her consultant career as a burns surgeon at Birmingham Accident Hospital, with some general plastic surgery sessions at Sandwell District General Hospital, which she joined in 1988. She also did work at Birmingham’s Royal Orthopaedic Hospital before starting at Birmingham Children’s Hospital in 1999.

‘The hospital is very short on space’

Earlier this year, Lester was awarded an OBE in recognition of her commitment to developing a specialist unit at Birmingham Children’s Hospital.

The specialist service, set up in the early 1990s, employs a combination of experts ranging from orthopaedic surgeons, neurologists and radiologists to geneticists, therapists and psychologists and began at Sandwell District General Hospital and Royal Orthopaedic Hospital. From seeing 200 children at the turn of the millennium, the team today cares for more than 600 young people a year.

Lester describes the work she did on hands as ‘an everyday event’, where she would look into the differences in fingers, including fingers joined together, missing fingers and missing thumbs.

For the more complex cases, she would work with orthopaedic surgeons, selecting conditions that needed more expertise and forming clinics relating to those particular conditions.

However, Lester would argue that there would be the constant demand of children coming into the clinic. Organising the workforce was another issue she faced. She explains: ‘Ensuring consultants are free at the same time is difficult because we all lead busy lives.’

‘Write down your vision’

Lester says she was given a key piece of advice years ago by a senior anaesthetist, who told her to ‘write down your vision for yourself and the service you want to produce in the next five years.’

She explains that this advice stuck and that following it helped her show where was at that particular time and, more importantly, where she would like to be in the near future.

She says: ‘In very simple terms, it means you’ve got something to present to management about who you are and what you are doing.’

Lester’s advice to those in leadership roles on overcoming challenges is simple: ‘Make your vision happen and set objectives [because if you do], you’re more likely to get resources and facilities.’

Lester reflects on the importance of working side-by-side with your colleagues: ‘Communication is key and working with management and colleagues is essential.’

She also points out that it’s important to identify difficulties and obstructions that were encountered along the way, in order to be able to tackle them, and prevent similar incidents ocurring in the future.

She says: ‘Generally hospital runs well but there are tensions between what consultants would like to do and what the real pressures are.’

‘There is no thing as a “minor injury” in a child’

Lester says ‘there is no such thing as a “minor injury” in a child. An injury becomes much more significant when you can’t manage it as an outpatient, you have to put a two-year-old to sleep, and you can’t put a dressing on the wound until the wound is healed.’

In the past Lester has also done volunteer medical work, visiting Zanzibar between 2010 and 2015 to help improve regulations for urological conditions in young boys, and enhance the techniques used for circumcision and genital repairs in the country – before handing over to a colleague who continues to go yearly.

She says of this work: ‘ It was very exciting, going off with a team of clinicians and offering a service in a country that was very limited in its resources and hopefully improving the lives of children.’

‘The boys were not well supported within their communities because there was nothing that could be done for them. In my mind this was plastic reconstructive surgery. We’re using the same techniques as I would use in hand surgery.’