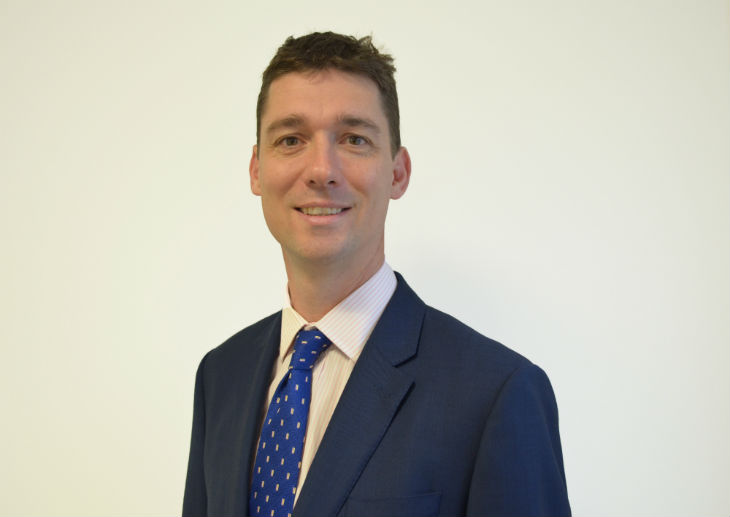 Valeria Fiore talks to Stephen Hart, managing director of the NHS Leadership Academy, about how to lead and how his organisation is helping develop the next generation of NHS managers

Before he joined the NHS Leadership Academy in August 2016, Stephen Hart spent 20 years of his working life in the Royal Marines, which he joined straight out of school.

During that time, he occupied a range of leadership roles, commanding small and large teams on operations around the world.

In his last years in the armed forces, he worked on a large scale project designed to create outstanding leadership across the British army and the Royal Navy.

During this period, he was also command leadership and management lead for the Defence Academy of the United Kingdom, as well as taking on additional tasks and responsibilities – such as speaking at conferences on topics including large system leadership development and leadership culture.

However, the path of his career changed when a contact he met at an event told him that the NHS Leadership Academy was looking for a managing director.

‘The chance to join the NHS and particularly to continue working in the field of leadership development was quite simply the right opportunity at the right time,’ Hart says. ‘I applied for the role without any real expectations of success, but I really appreciate being selected.’

Having occupied leadership roles within the armed forces for many years, Hart continues to apply his considerable knowledge in the field to his role as managing director of the NHS Leadership Academy.

A leader should first of all be aware of the impact they have on others, and how people feel about working for them, he says:

‘What you are trying to engender is what it feels like to be well led, so that the people you work with feel engaged, have a shared sense of purpose and are engaged in that purpose in a committed way.

‘The leadership outcome needs to be direction, alignment and commitment.’

In order to get to know yourself as a leader, it is important that you constantly seek feedback from your colleagues, Hart suggests. This is something leaders can do informally by, for example, asking their coworkers how they performed in a particular meeting or discussion.

But leaders can also receive feedback in a more formal way, through the NHS Leadership Academy 360 degree feedback tool, which offers senior healthcare professionals confidential feedback from colleagues and the people working for them – giving them access to knowledge of what their peers and teams think of their leadership skills and style.

A joint report by The King’s Fund and NHS Providers recently found that 37% of all surveyed trusts have at least one vacant post for a board level executive.

It goes without saying that the NHS needs more leaders to cope with the growing pressures, old and new, and the Leadership Academy has pledged to add more leaders to the pipeline.

In fact, earlier this year, Health Education England announced that a further 350 places will be added to the NHS graduate management training scheme by 2020.

‘The expansion of the programme will help us choose from an array of exceptional leaders, who will be supported during their first years in the NHS and will be on the pathway to take on the most senior roles,’ Hart says.

The academy’s most successful programme to date, he adds, is the Aspiring Chief Executive programme. Introduced only two years ago, it can already boast that 40% of its graduates has gone on to assume chief executive roles.

‘The Aspiring Chief Executive programme meets the needs of the service. Thanks to this programme, we are able to identify those with the knowledge, skills, attitudes and behaviour that add value and [will] transform health and care,’ Hart says.

But why is it so important to focus on leadership development? ‘Quite simply, better leadership saves lives. It means better care, better health outcomes, more efficient practice and better lives in the communities we serve,’ Hart explains, with no hesitation.

Better leadership also delivers improved outcomes for organisations. The King’s Fund and NHS Providers report found that trusts rated as ‘inadequate’ by the Care Quality Commission had 14% of leadership posts vacant, compared to only 3% in trusts rated as ‘outstanding’.

It’s no secret that retention of staff is a huge issue in the health service at the moment. ‘Retention is a really interesting challenge for the NHS,’ Hart comments. ‘What is clear at present is that we are using far too many people from outside the NHS.’

The problem, he continues, lies in the way our healthcare service operates as a system. We need to make it easier for NHS staff to move around within the organisation, as this will not only benefit them by allowing them to take the career path they prefer, but will also help retain skilled and competent staff in the health service.

‘We need to understand what our colleagues need from us in terms of flexible working; working arrangements and models of employments that enable us to engage them and keep them in our services,’ Hart suggests.

A recent report from The King’s Fund and NHS Providers revealed that only 7% of people in leadership roles in the NHS are from a BME background.

Hart does not believe these findings demonstrate that nothing has been done to attempt to address this imbalance in the past, but rather that what has been tried did not work. Which means a change in direction is now required.

‘At the academy, we realised that we need to build new knowledge on this issue and that is the reason we are working with academic partners and colleagues who have experienced exclusion in the NHS. So we consult BME, LGBTQ+, female, and disabled colleagues and we ask them about their experience in the NHS.

‘Based on their feedback and through the support of our academic colleagues, we are working on new interventions and new leadership behaviours to help leaders develop outstanding cultures of inclusion,’ Hart says.

He adds that the Leadership Academy offers bursaries to support people from underrepresented groups and encourage them to come onto their programmes and – and that the academy delivers positive actions programmes designed to equip BME colleagues with the knowledge, skills and behaviours to help them break through and reach the top.

With the recent announcement of a new programme for mid-level leaders, to be launched in September, the NHS Leadership Academy seems to be fully on track to serve the NHS with the quality of leader it needs, at every level.