Samantha Allen: ‘My heart has always been in the NHS’ 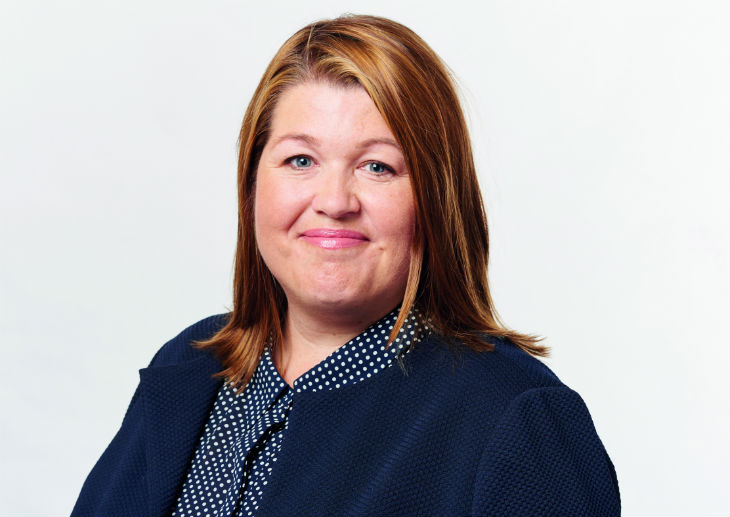 Samantha Allen was just 23 when she joined the NHS as a receptionist with a community mental health team in south London. Now she is chief executive of Sussex Partnership NHS Foundation Trust and chair of the Health and Care Women Leaders Network, a joint initiative from NHS Confederation and NHS Employers.

Ms Allen says she didn’t plan a career in the NHS, ‘it just kind of happened’.

‘I’m not a clinician. In the mid-90s I found myself between jobs, doing temporary work in a community mental health team and absolutely fell in love with it – particularly the people,’ she says.

She did, however, step outside of the NHS in 2007 to take a role as director of mental health in an American health insurance company. However, she decided to rejoin the health service in 2009 as service director for primary mental healthcare and wellbeing services across Sussex. ‘I missed the NHS, and what I learned was that skills are completely transferable. My heart has always been in the NHS, particularly the public-sector values,’ she explains.

Ms Allen says the role of executive director of strategy at Sussex Partnership came up in 2015, when the NHS was recognising the need to nurture aspiring chief executives. This role had executive responsibilities for strategic planning, commercial development, partnerships and communications.

Ms Allen was one of 14 people chosen to introduce the Aspiring Chief Executive Programme jointly run by the NHS Leadership Academy, NHS Providers and NHS Improvement in 2016. She says of the initiative: ‘It’s a popular programme – preparing you to take on the role of chief executive. It’s a very stringent process: at the end you’re assessed as “ready now”, “ready soon” or “not ready”.’

‘I have now been in the role for two years. The programme has been instrumental in supporting me moving to the position of chief executive,’ she says.

‘Some 77% of the NHS workforce are women,’ says Ms Allen. ‘We want to see that proportion represented in senior positions and we are simply are not seeing that at the moment.’

The report also stated that NHS boards in England need another 500 women to make boards more representative and that the overall number of women holding seats needs to increase from 2,500 to 3,000 before the end of 2020.

As chair of the Health and Care Women Leaders Network, Ms Allen says one of the things they are working on ‘is the need to set goals for improved gender balance. When the opportunity to chair the network came up, I thought, as a woman myself, it will be a really good opportunity to address some of those issues that 50:50 by 2020 highlights.’

Another pressing issue for the NHS is the gender pay gap. A report released by NHS Digital last year showed that women in the NHS are paid on average 23% less than men. For doctors, the difference was 15%, with men receiving £67,788 in basic pay, while female doctors receive £57,569. ‘Looking at the data, we’ve almost hit a brick wall in the last five or six years,’ says Ms Allen. ‘This is why we really need to support women to take up senior positions.’

Ms Allen believes that to fully address the gender pay gap in the NHS, you need
to go back to basics and ‘really look at systems and processes’. She believes the way jobs are advertised must be looked at, as this has an effect on how likely women are to apply.

‘The description of the role – how inviting is it? It’s all about encouraging women to put themselves forward, particularly in areas where they are coming back into the workplace and getting back on the ladder,’ she says.

However, Ms Allen also believes that more fundamental system changes are needed. ‘It’s attitudes, values and beliefs. I’ve heard so many women say: “I had my first child, took maternity leave and came back to work to find that everybody thought I should be in the slow lane because I would be busy looking after my baby.”’

Ms Allen has a son who is now at college, and she acknowledges the struggle women face when they return to work after having a child. ‘When I worked in the independent sector, I was doing a lot of travelling worldwide and missed out on a lot. I found it a struggle – the balance between home and work life – so having the opportunity to live and work in the same place was important to me,’ she says.

However, Ms Allen says ‘the motherhood penalty’ is something that discourages many women from applying for more senior roles in the workforce. ‘We know that women have greater caring responsibilities, whether it’s children or other family members, and we know that flexible working isn’t yet as prevalent in the NHS as it should be,’ she says.

She nevertheless feels that it is possible to achieve balance – a good family life and a successful career.

‘I think again and again, listening to other people’s experiences, if that’s what you want to do – it is absolutely possible.’

Ms Allen says there are great examples within the NHS itself of women who are role models, holding senior positions while bringing up kids – Sarah Jane Marsh, chief executive of Birmingham Women’s and Children’s NHS Foundation Trust is one.

Like many others she believes the NHS culture needs to be addressed. As well as greater flexibility, she sees a need for other initiatives to make senior roles more appealing to women. One route, she says, is through coaching and mentoring.

‘It is also important to have a culture in the NHS that values people and empowers them to take decisions, and make improvements in their teams and their areas of service,’ she says.

‘People may feel they suffer personal harm or detriment as a result of speaking up, but the key qualities of a leader are: somebody who doesn’t judge, who is willing to walk alongside people, and who builds a team that’s better than them,’ she says.

‘We are focused on 24/7 mental health crisis services’

Ms Allen says 2019 will be a busy year, with a few things already in the pipeline.

‘On the trust front, we are focused on offering 24/7 crisis services in mental health. We’re expanding psychological therapy services in the community, but the real focus for us is enabling rapid access 24/7 for people who are experiencing a mental health crisis.’

Having joined the NHS in her early 20s in a junior administrative role, Ms Allen has managed to climb the career ladder to a senior leadership position, and despite the challenges in a struggling healthcare sector, she is working to improve the culture in the NHS.