Richard Murray: ‘leadership is such a rare commodity – you need to nurture and support it’ 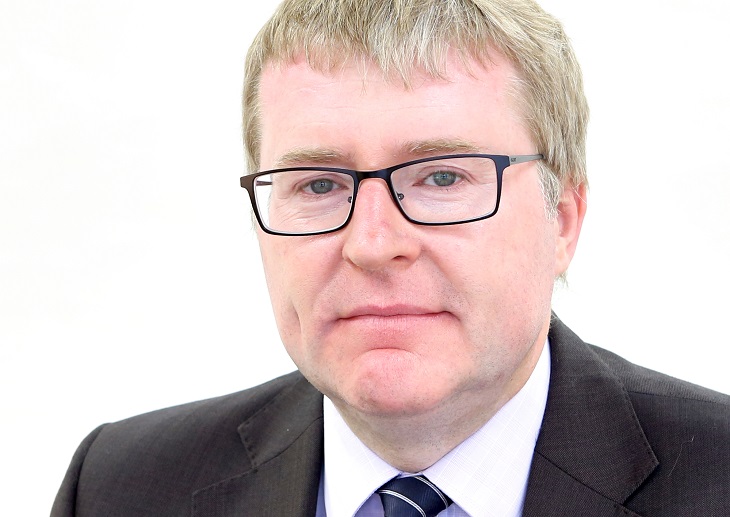 Deputy editor Angela Sharda talks to King’s Fund chief executive Richard Murray about the long term plan, leadership, his hopes for the health sector and how the workforce crisis can be addressed.

The King’s Fund is an organisation that needs very little introduction and Richard Murray is a man who is no stranger to the health sector. At the age of 53, he is ready to take on his new role as chief executive for the leading think tank.

Mr Murray previously worked as director of policy at The King’s Fund, a role he held for five years. Prior to this he worked at the Department of Health, and NHS England in a series of different positions.

Mr Murray took over from Chris Ham last month at a time when The King’s Fund five–year strategy was running out.

‘I’m stepping in at the same time as we write the new five-year strategy. So we’re looking at what we do and how we do it,’ Mr Murray says. ‘This is a critical time for health and social care.’

‘The long term plan is pragmatic.’

The much-awaited long term plan for the NHS was finally published in January and attempts to outline how the health service will develop over the next 10 years.

Commenting on the long term plan, Mr Murray says: ‘Some of the plan rightly carries on strategic direction we’ve seen before. It’s a good confirmation of the direction of travel.’

Primary and community care services will get a £4.5bn funding injection by 2023-24 as part of the plan, which sounds like a considerable amount. However, Mr Murray is not overly impressed with this.

‘The money is not particularly remarkable by historic standards. I know the Government likes to say so but it’s still below the long-term average for the NHS so it’s not exceptional in that way and until we see what is going to be done with the workforce challenge, I think the jury is still out,’ he says.

However, Mr Murray says that, when compared to The Five Year Forward View, the long term plan is ‘more pragmatic than what we’ve seen once or twice before.’

He adds that the plan is not overly focused on meeting waiting times targets, which he views as something positive and feels allows more opportunities for objectives to be met.

‘It hasn’t promised that A&E targets will be met. This may make it slightly more disappointing for the politicians but the long term plan is pragmatic and I think this increases the chances of it being delivered,’ he says.

The long awaited long term plan was published in January and within it was outlined new clinical targets for:  cancer, stroke, diabetes and respiratory care.

‘Take these clinical priorities as a collective and it is a fairly daunting, dauntingly long list that they’ve promised,’ he says.

‘The plan had some very, very long lists of things that are going to be done. It seems to be an awful lot of moving parts at a time where there are many vacancies for posts across the service,’ he says.

Mr Murray remains skeptical that the NHS plan gives leaders and patients the immediate solutions they have been searching for.

‘I hope that the plan gives us a way out of the challenge but the service has struggled for so many years and it’s quite hard to turn something the size of the NHS around quite quickly. There remains a risk that people will be disappointed about how quickly progress can be made,’ he says.

Fulfilling the long term plan will, Mr Murray says, be especially challenging given that workforce remains as a key problem in the NHS.

NHS England has announced that there will also be a separate document focusing on  workforce ­­– the workforce implementation plan – which is due out later this year.

Mr Murray thinks that understanding how other systems work could help improve the NHS and that there are some clinical professions where staff is not in such short supply and that can be used to aid the current workforce situation.

‘If you look at countries like the Netherlands, physiotherapists are routine members of primary care. Things like this begin to take the pressure off staff,’ Mr Murray says.

He believes that there is room for improvement on pay and there might be some need for some movement on pensions, particularly for older, more senior staff.

‘The workforce situation is a whole menu of: what do we do on retention? What do we do on recruitment and training? Also the bringing back of the CPD budget and refunding the cuts is really key,’ he says.

Mr Murray thinks international recruitment should be an option for growing the NHS workforce.

‘In the short-term, we need to look again at international recruitment which has been the traditional route for the NHS in the past,’ he says.

With the effects of Brexit still unknown, Mr Murray believes that the Government needs to ensure that it remains easy for European Union citizens to come to the United Kingdom to work.

‘For a lot of European staff we’re not attractive at the moment, they don’t want to come here,’ he says.

He also says that trusts and other organisations within the NHS need to be more ‘ethical’ in their approach to recruiting staff from countries outside of the European Union.

‘You can’t go and steal all the staff from countries with lower incomes than we have. However, there are ethical ways of doing it and it needs to be more of a central coordination than what we’ve seen at the moment,’ he says.

‘We need a government to grip social care’

Another document that has been delayed, is the social care green paper.

Mr Murray addresses the initial challenge for social care, and it’s by no means a small one – money. ‘Social care has a short-term challenge which is: will it have enough money next year and the year after?’

Just as the workforce issue, the recruitment and retention challenge, is prominent in the NHS, Mr Murray admits that it is also a problem in social care.

‘The workforce problem in social care is different to that in health but it’s undoubtly there. It’s a bit more of a funding issue – if you put more money into social care and pay people more, you will probably get more people willing to do it,’ he says.

Mr Murray adds: ‘This has been kicked down the road by successive governments that never quite got around to sorting it out but other countries have managed it.

This is not impossible – we need a government to grip this and manage the short-term rather than let things slide any further than they already have. The Government needs to come up with permanent solutions that will get social care out of this never-ending Cinderella service status that it’s in.’

When asked what has been causing health policy to not deliver, Mr Murray outlines that there have been a number of issues.

‘There has been a lot of very unrealistic planning with people trying to work out breathtaking ways to save money that would keep finances and services running smoothly, but they just couldn’t be delivered,’ he says.

Mr Murray says that in order to help the NHS move forward and prevent the current situation from escalating into a crisis, the health sector needs to work more closely with social care.

‘We need health and social care combined – a comprehensive approach across both services. We need to think about where the assets lie. It’s not all bleak,’ he says.

‘Leadership is such a rare commodity’

Mr Murray acknowledges that the high leadership churn in the NHS is a cause for concern.

‘The expectations on senior leaders to try and find solutions at a local level is just too great and they’re being handed unmanageable problems,’ he says.

In light of this, he is pleased to see the long term plan address the need for ‘compassionate leadership’.

‘This isn’t soft leadership that is being discussed, it is an attempt to alter some of the cultures within the NHS – and that’s great,’ he says.

When asked about what NHS leaders need from policymakers, Mr Murray says: ‘Do not force unrealistic expectations on local leaders that they can’t deliver. When you want major change, the reconfiguration of stroke services, for example, then be ready to support them.’

Mr Murray also believes that support is pivotal in helping the wider workforce.

‘Don’t overburden staff with must-do’s and be ready to support local leaders when they’re facing real challenges about performance,’ he says.

Mr Murray is convinced that leadership is vital in order for the NHS to succeed and for services to offer the best work that they can. ‘Leadership is such a rare commodity – you need to nurture it and you need to support it.’

Despite only being chief executive of The King’s Fund since the start of 2019  – Mr Murray is keen to step up and address some of the key issues that are dominating the health sector and hindering the NHS from prospering.