Interview: How the volunteer army is helping to keep primary care running 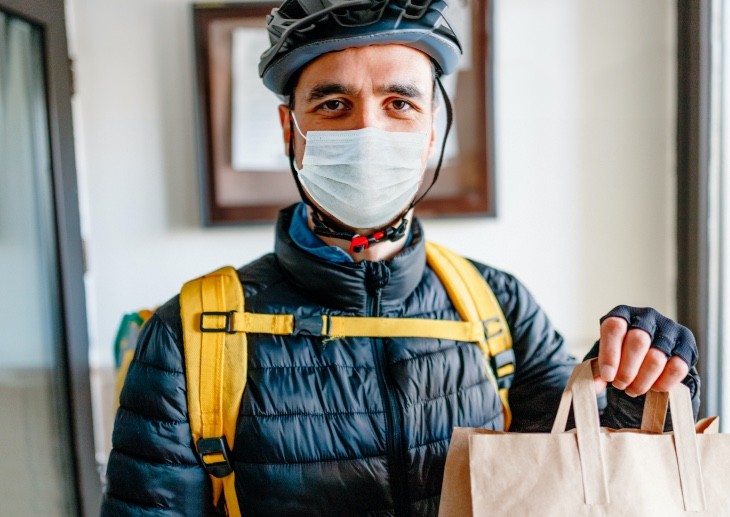 The NHS volunteer army has been helping 2.5 million vulnerable and isolating people across England with essential tasks such as delivering them medicine and shopping and driving patients to appointments. The Royal Voluntary Service (RVS), the charity leading the effort, said volunteers have so far completed 100,000 tasks since launching.

Healthcare Leader speaks exclusively with RVS deputy chief executive and director of services Sam Ward about the support the volunteers have been providing to the public and the healthcare system.

More than 750,000 people signed up for the volunteer service – more than three times the original goal. Ms Ward says she is ‘blown away’ by the level of support and what the volunteer army has achieved.

It has served both immediate and long-term functions, explains Ms Ward.

In the short-term, it supports at risk people with vital day-to-day activities and ensures they can still get access to health services.

‘Offering transportation means patients do not miss appointments and delivering food shopping means they can still meet their dietary needs. Not getting this support would ‘lead down a path where they will end up having to come back into the health system but at crisis point,’ she adds.

In the long-term, the service helps ‘keep people with manageable long-term conditions who require medication and practical support out of the NHS,’ she explains.

This goal is especially important because some areas of healthcare are expected to face a backlog once the crisis is over due to the disruption the pandemic has caused, Ms Ward suggests.

Check in and Chat

Volunteers have also been speaking to those who might feel loneliness due to isolating under the ‘Check in and Chat’ service.

‘This gives them someone to talk to and keeps their spirits up. You can probably amuse yourself for a few days, but if you’re not very mobile or not well and there is not an awful lot you can do then it can take a toll on your mental health.

‘GPs often get medically-unrelated appointments from people who are lonely or want to ring up and chat with the surgery. This kind of volunteer role takes the pressure off.’

It’s a marathon, not a sprint

‘The voluntary service has been fantastic for people who have no support network to call on because a lot of people will have family, friends or neighbours who will have helped in the first instance, but that will not necessarily be sustainable.

‘To have the volunteer army as the safety net, which it was always meant to be, I think is really important. It plugs the gaps in relation to the work other parts of the voluntary sector are already doing.’

The existing support networks will diminish as the lockdown eases and people return to work. Also, the risks, particularly to the vulnerable, will persist until a vaccine is found and made widely available, meaning the support will ‘need to be in place for the long haul’.

‘It’s a marathon, not a sprint’, explains Ms Ward.

The roles are also developing, with the community responder position (involving prescription and shopping deliveries) being split into two.

The RVS is adding an enhanced role, which will see DBS checked and trained volunteers give targeted support to people who are more vulnerable, such as those living with dementia.

The referral pathways are also being extended. Health professionals, including GPs and pharmacies, are already able to refer vulnerable people they think might need extra support for any of the above roles. Charities including, Age UK and the Stroke Association have recently also been given access to the referral pathway. Individuals can also refer themselves by calling: 0808 196 3646 (8am to 8pm).