Fiona Edwards: ‘What ICSs thrive on is curiosity and a spirit of co-design’ 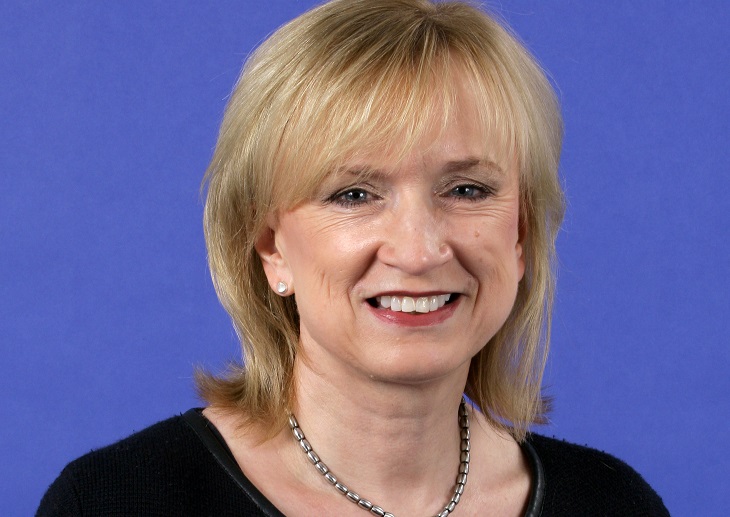 Valeria Fiore speaks to Frimley ICS lead and Surrey and Borders Partnership NHS Foundation Trust chief executive Fiona Edwards about integration, the future of ICSs, and how to work collaboratively in the NHS.

Fiona Edwards was appointed as Frimley ICS lead in January but she first joined the NHS in 1994 as HR director of an NHS trust. After 24 years of service in the NHS, she found herself on the verge of losing her life when she almost died of sepsis in February last year.

‘I nearly died last year. I had the misfortune of contracting sepsis. I now have the privilege to be the leader of the ICS that saved my life,’ she says.

According to charity UK Sepsis Trust, the condition is responsible for the deaths of up to 44,000 people a year, both in hospital and community settings.

Ms Edwards says that she is proud of leading a system of people that saved her life.

‘The quality of early spotting my sepsis in A&E at Wexham Park Hospital [part of Frimley Health NHS Foundation Trust], the operation of the paramedic staff and the whole team in the hospital and the community supported my rehabilitation,’ she says.

In her absence, Mr Edwards’s team was able to step up and lead the trust; something that she says makes her proud.

‘I am really proud that in the 70th year of the NHS, [the health service] saved my life. That has given me a renewed purpose as a leader,’ she says.

Ms Edwards has been the chief executive at Surrey and Borders Partnership NHS Foundation Trust for 14 years. She became ICS lead in January, when she was approached by the ICS board to take over the role of Sir Andrew Morris, Frimley ICS’s previous lead.

‘It is a really nice role, I was asked by my colleagues to consider it. I have a good reputation and a track record around partnership and collaborative working both within the health system and with local authorities,’ she says.

Ms Edwards says that, although she only started her new role as ICS lead in January, she is confident that she will be able to juggle the two jobs thanks to a ‘really strong leadership team’ in her organisation.

An advocate of developing leadership at every level in both mental and physical health settings, Ms Edwards says her ambition to succeed is based on the need to ‘help the system build on the fantastic work it has been doing so far, to really exploit that sense of relationship across our five local authority partners as well as primary care, the acute sector and mental health community providers’.

‘We are in the process of really co-designing the system at every level so that we are supporting our population focus. We have some really good integration work already going on. We start from a very strong place and we are now moving to consciously designing the whole system, building on individual projects,’ she says.

One of these projects involves a series of safe heavens cafes that were created to reduce emergency admissions at Frimley Health NHS Foundation Trust.

‘We discussed with patients what would help them stop going to A&E. Working together with primary care commissioners and social care colleagues, we set up some safe heaven cafes.’

The safe heaven cafes have not only helped reduce admissions to A&E and the need for mental health inpatient services. They also give patients access to a community service where they can receive support from professionals outside of a clinical setting.

‘If you talk to any acute hospital chief executive they would say how [the cafes are] helping them to better manage the flow of people. If you talk to people who use the service in the mental health sector, they just think it is an absolute lifeline and people can tell you how it saved their life, because it’s open every day of the year,’ Ms Edwards says.

Collaboration and planning at the local level

Ms Edwards believes that connecting with partners and local leaders is an essential part of working in an integrated way and she thinks leaders need to make sure they are networking both at the regional and national level as what happens in their area might affect others elsewhere.

‘It is important to connect and support ourselves by working with our colleagues in other parts of the country. We also need to think together about how we plan and organise planning and financial allocations arrangements in a collaborative way, over a longer time frame.

‘What ICSs thrive on is curiosity, a spirit of co-design and a positive drive forward. There is an enquiring approach from the centre that looks to build examples and share best practice, which I think is working quite well,’ she says.

However, Ms Edwards believes that what central bodies could do more is shifting the focus on how ICSs meet their population needs rather than how local hospitals are performing.

ICSs should also be given more space when it comes to local workforce planning, she believes, a vision that is shared by many other system leaders and NHS executives, as recently pointed out by the NHS Confederation.

‘Frimley ICS has been lobbying [for greater leeway with local workforce planning] over the last couple of years,’ she says.

She says that allowing local leaders to have a direct responsibility in ‘managing the supply of nurses and designing new roles close to the heart of where they are delivering integrated care’ will be ‘a massive step forward for helping us addressing the workforce gap’.

Although she’s only been leading Frimley ICS for less than four months, Ms Edwards has a clear vision of how she envisages her ICS to develop over the coming years.