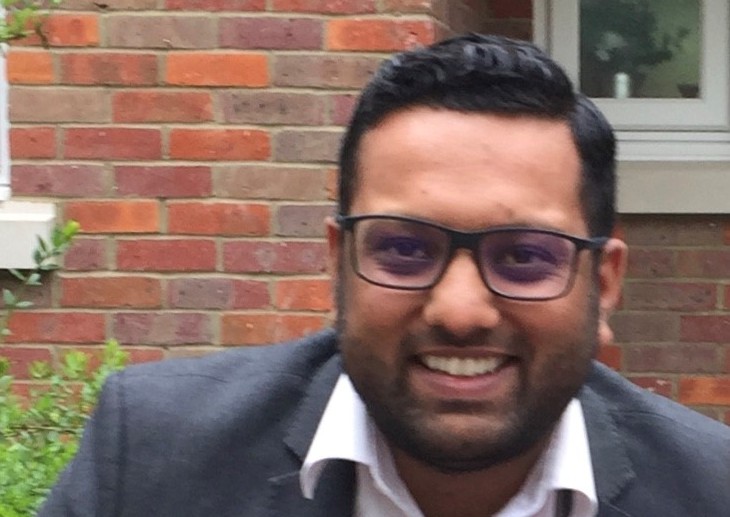 Answering the call to do more shifts at his local Covid vaccine hub is something GP partner Vinesh Patel says provides ‘a bit of a morale boost’ – but there’s also no escaping the extra pressure the programme is placing on an already overstretched workforce.

Last week, his practice in Sutton had to release more staff time to double the number of sessions both their clinicians and administrative staff were undertaking at the vaccination hub – after the site was notified at short notice that it would be receiving double the vaccines.

Dr Patel – was who speaking to Healthcare Leader on behalf of the Doctor’s Association UK – says ‘people forget’ GPs are not being told they can reduce two or four clinical sessions at their surgery to do this – it is ‘on top of all the extra work we’ve been asked to do’.

The Covid vaccination programme is rolling out alongside a raft of existing pressures. Staff are dealing with normal routine work and the ‘emergency normal day-to-day stuff’ seen in winter, says Dr Patel, as well as managing patients who have had elective and routine work delayed in hospital – and continuing this season’s expanded flu programme.

The request to provide more staff and time to the vaccination effort has also coincided with an email callout asking GPs to volunteer at the Nightingale Hospital, he adds.

‘Within all of that we have staff who are isolating – either because members of their family have got symptoms or who have been told to isolate, or they themselves have.

‘We are down to the bare minimum at the moment.’

NHS England has recently set out a range of measures in a bid to address GP workload – including the suspension of local enhanced services. The same letter also detailed the ‘biggest priorities’ – alongside the Covid vaccination programme – for general practice, which included that it remains ‘fully and safely open’ and maintains appointments.

The waiting time for routine appointments at Dr Patel’s practice is still less than a week, but he says they have made an ‘active decision’ to reduce the number offered.

‘I could have a full clinic booked because I expected to be in, and then suddenly be isolating and call in that morning – and that puts the pressure on the team,’ he says.

‘We’re trying to manage that by reducing the number of routines so that if those incidences do occur, the pressure on the team that is available isn’t so much.’

This pushes the waiting time up, Dr Patel says, but it’s the ‘only way’ they can fill the timetable at the vaccine clinic – recognising that staff ‘are already strained and mentally and physically drained’ and that those last-minute changes make it harder to cope.

It is, he adds, ‘probably a story that is being replicated across the country’.

Another key – but not new – challenge is managing patient expectations. Practices have come under fire for being ‘closed’ during the pandemic, when this is not the case, and a recent study warned of an ‘urgent need’ to restore public trust in remote consultations.

Dr Patel describes it as ‘constant battle’ to explain that practices are not closed, but says that the public needs to understand ‘the complexities that we can’t carry on the way we are’.

It is made worse, he adds, by the fact ‘the central output from NHS England and again within CCGs’ has been that practices need ‘to carry on business as usual’ – and by a lack of public announcements that provide a clear message about the pressures in primary care.

‘It would be great if we had more public announcements saying that ‘we know some elective work is being delayed and passed over to primary care’ – but that’s not something the Government want to advertise because it doesn’t reflect well on them.

‘But that is the reality and without that understanding, what they fail to do is actually creating more work, more pressure and more complaints.’

When asked how it feels to face complaints and abuse from patients at an already pressurised time, Dr Patel says it is ‘painful’, demoralising’ and ‘does get you down’, adding that an upcoming DAUK survey is due to reveal a stark rise in incidents.

‘We know that the ones who complain or who are unreasonable aren’t every single patient but the abuse that we get…we’re human, we are under pressure, we are stretched and there is a breaking point that us as human beings will reach as well.’

The timing of Government communications has also sparked anger among the profession – with one of the most recent examples being the Government’s move to change the dosing schedule for the Pfizer vaccine on New Year’s Eve – an announcement that would result in the cancellation of thousands of appointments at very short notice.

‘When we talk about trust within the vaccine programme, people are already sceptical and this erodes that trust both from a clinician and a public point of view,’ Dr Patel says.

The chief medical officers acknowledged the change would be ‘operationally very difficult’ and distressing for patients – but it’s a move Dr Patel deems ‘utter madness’ and one that has created a ‘postcode lottery’ due to the way different areas chose to respond to it.

Some PCNs opted to honour existing second dose appointments before adopting the change, others sent out blanket texts to patients, and some took an approach similar to Dr Patel’s – which was to spend two hours on the phone to patients explaining all the information and giving them the option of whether or not to agree to a cancellation.

‘If the patient knows all of the information and then says doctor I will delay my appointment, I will feel more comfortable because they’ve been given all the right information – I’m not going to do it without that because it’s not ethically correct,’ he says.

Not one of Dr Patel’s patients agreed to a cancellation, but he’s ‘quite happy to stand by that’: ‘I might get told off by senior managers or the powers that be who aren’t clinically front-facing, but ethically and morally I have to take responsibility for my own decision.’

The latest figures show more than four million people in the UK have now received their first dose of a Covid-19 vaccine and the vaccination programme continues to accelerate, with 10 new mass vaccination centres opening this week and more pharmacy-led sites.

But as the vaccination effort ramps up, Dr Patel says the Government needs to be more transparent about vaccine supply – he’s heard of vaccine hubs getting deliveries cancelled ‘at the last minute and therefore rushing to cancel patients’, others getting a delivery they weren’t expecting and rushing to book in patients, and one area that was ‘doing so well at vaccinating that they asked for more vaccines and have been declined’.

‘There isn’t this kind of coordinated approach that you would expect and again that would really take knowing what the number of vaccines are, where there are scheduled deliveries and what to do with it – we can’t have this postcode lottery,’ he says.

He’s also calling for more flexibility in the primary care contract for the programme – ‘as long as its resourced and is a choice’ – to allow for some of the Oxford vaccines to be given to individual GP surgeries, because they know their patients and can organise it.

‘If they really want the vaccination programme to work then back it – show that they back it by giving good flexibility in the contract, understanding the complexities on the ground and giving us the opportunity – we know our patients and we know our staff,’ he adds.

The reality, Dr Patel concludes, is that despite feeling stretched, ‘we don’t want to stop because this is our vocation, we want to help, we are considering volunteering for the Nightingale hospital, we are trying to do the best we can to fill these [vaccine hub] shifts.

‘But without the Government listening and being transparent on the problems we face – both with us and with the public – there is only so much goodwill that can continue.’