‘The NHS is one of the best things that ever happened’ 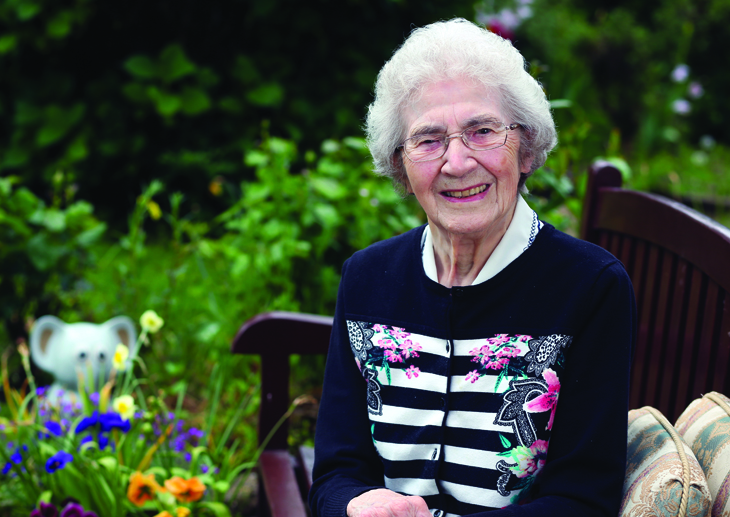 Joyce Thompson has been around since the NHS started, she turns 90 in March and lives in Lancashire. Joyce, who is now retired, reflects on her time in the NHS in an interview with deputy editor Angela Sharda

When did your career begin?

I began working in healthcare in 1946, two years before the NHS came in. Prior to that I had done my nursing diploma, which took two years. Then I went to

Manchester Royal Infirmary (MRI) for four years, and on to do midwifery in Belfast, before being invited back to MRI, as a ward sister, night superintendent and then assistant matron. By the time I left I was deputy matron.

How many years did you work for the NHS?

What were the main challenges you faced in 1948 and how did you overcome them?

I had a female medical ward, people with high blood pressure and people with leukemia but we had no medication to give them, we just had to nurse.

You couldn’t overcome that until drugs started to come in.

What has been the highlight of your career?

I was fortunate enough to spend a year on a matrons’ course at a London hospital. There were 12 of us, they only took 12 a year.

What made you want to go into the health service?

I wanted to nurse and I knew this from quite a young age. I wanted to help people and that came from my father, who worked for St John’s Ambulance.

When I was young there was no NHS. There were just doctors, but about half the people couldn’t pay.

What were the biggest changes you saw during your time in the NHS ?

The biggest changes were the drugs that came and helped people we weren’t able to help in the beginning. Medical research I would say.

What’s your view on the NHS today?

I think the NHS is going in the right direction. I have written to the prime minister because I do feel that as chief nursing officers we should never have just been dismissed.

What has your experience of the NHS been like as a patient?

I was a patient only last year after I collapsed and was taken to a hospital in Blackburn. I was in for 10 days and ended up with a pacemaker. I am very grateful to the NHS. They took good care of me.

What did you write in your letter to the prime minister?

I wrote to say that I was not happy about nursing. There’s no one senior to get the money they need for nursing at the top level. I did get a reply and she said she had passed it on to the Department of Health – which told me nothing at all.

If you had to write a message to NHS boss Simon Stevens on the NHS ’ 70th birthday, what would it be?

There are many places the NHS can still go. The NHS is one of the best things that ever happened. I know what it was like when I was a child and it wasn’t there.

I think if it can keep going it should. I am concerned that there aren’t people in nursing now.

I think it will go on, and I hope it does.

Are you still involved with the NHS?

I have just gone onto the NHS Retirement Fellowship. We just have meetings. The people in it are from throughout the NHS; doctors, nurses, porters and cleaners.

The people you are with have all worked for the NHS so there’s plenty to talk about.