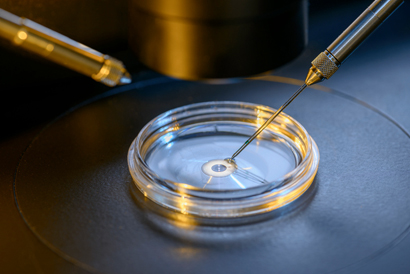 Six CCGs in south east London have promised to review their IVF policy after it transpired that they refused treatment to single women.

The Sunday Times reported that single women were banned from accessing IVF treatment because they ‘exert less control on their children’ and ‘place a greater burden on society in general’.

According to the paper, the treatment guidance used by the CCGs said: ‘Single mothers are generally poorer, they are likely to have greater support needs compared to two parent couples, thereby placing a greater burden on society in general.

‘A sole woman is unable to bring out the best outcomes for the child.’

NICE guidance states women under 40 should be offered three cycles of IVF on the NHS if they have not conceived naturally after two years.

A spokesperson for SELCA confirmed that single women cannot access assisted conception treatment, however it said they are able to access routine gynecology services for investigation and management of fertility problems.

The alliance currently follows guidelines in the south east London Treatment Access Policy (TAP) which states: ‘Because of the known disadvantage that providing assisted conception to a single woman would cause both the child and the mother, funding of assisted conception for single women is not available in SE London.’

However, the spokesperson said the alliance would ‘prioritise a rapid review’ of the policy.

They said: ‘Infertility is a condition that requires investigation, management and treatment in accordance with national guidance.

‘As part of the provision of prevention, treatment and care, south east London commissioners are committed to ensuring that access to NHS fertility services is provided fairly and consistently within the limited resources we have available.

‘We review and update the treatment access policy on a regular basis and we will prioritise a rapid review of the policy in relation to single women.

‘All patients can request special consideration for a procedure or treatment which falls outside normal contracts and the treatment access policy through the south east London individual funding request process (IFR). This means that if a single woman is facing exceptional circumstances, she can apply for IVF funding through her GP or the consultant looking after her. All GPs and consultants are aware of the IFR.’

The alliance added: ‘The quotes mentioned in the Sunday Times are not comments made by the CCGs but were taken from the literature review document that our policy references. The review document quotes from the literature researched in 2011. Whilst the overall treatment access policy has been considered at regular review points, this particular aspect has not, in itself, been formally reviewed recently. We intend to review it as a priority.’