Should we worry about unregistered sellers of STI testing kits? 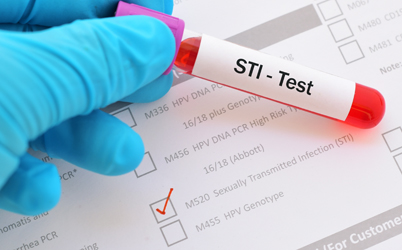 A CQC spokesperson tells Healthcare Leader that ‘the selling of testing kits for STIs does not fall under the regulated activities, as listed in Schedule 1 of the Health and Social Care Act 2008 (Regulated Activities) Regulations 2014, which the CQC regulates.

They continue: ‘An online provider of primary care providing a regulated activity – eg treatment of disease, disorder or injury– will need to register with the CQC to provide that particular regulated activity.

‘They may sell such kits as well but this is not an activity that the CQC regulates.

‘Our role is specifically regarding the regulated activity, as defined in the Health and Social Care Act, that they provide.’

If STI and HIV test is a free service provided in GPs practices and local sexual health clinic, people are increasingly choosing to buy online as an alternative to face-to-face testing services.

A study reveals that internet-accessed sexually transmitted infection testing (e-STI testing) service – ­­which enables users to order a test kit from a virtual service, collect their own samples, return test samples to a laboratory, and be notified of their results by short message service or telephone – increases the uptake of STI tests.

Chair of the British Association for Sexual Health and HIV (BASHH) media group Dr Mark Lawton says: ‘Whilst BASHH supports access to online testing as an alternative testing option for those who have no symptoms of a sexually transmitted infection, it is important to distinguish between the different types of self-testing kits that are available.

‘Home sampling kits require an individual to return their recorded sample to a specialist laboratory by post, which will then analyse it using high quality testing platforms, ensuring an accurate result is provided.

‘Home testing kits however do not require a sample to be sent onwards to a laboratory, and instead provide the user with immediate results. Whilst in theory this would appear to be a more convenient option for some users, the accuracy of home testing kits is of greater concern to BASHH, particularly as there have been a number of reports of inaccurate results being produced.’

While buying online products is easy and fast, it also opens the door to counterfeit products.

Home self-test kits for HIV and STIs have many benefits including ‘letting people test in their own space, in their own time, on their terms’, argues Cary James, head of health promotion at Terrence Higgins Trust (THT).

But unscrupulous companies sometimes use official logos without permission to give their product credibility at the cost of the user’s health.

A spokesperson for the MHRA tells Healthcare Leader that ‘in relation to STI self-testing kits, the MHRA recommends that people make sure the kit has a CE mark, purchase from reputable sources, and don’t use it if it’s damaged or has a broken seal’.

Dr Lawton says: ‘All home testing kits in the UK currently must have a CE marking, but BASHH also believes that they should adhere to nationally endorsed standards, and we would support further consideration on whether those distributing the test should also be registered with the Care Quality Commission.

‘Ultimately BASHH recommends that anyone who has a symptom or is worried about their sexual health should visit their local sexual health service for a free and confidential check-up.’

Latest data from Public Health England (PHE) shows that there were 417,584 people diagnosed with an STI in 2016, a 4% decrease compared with the previous year.

Sexual health charity FPA chief executive Natika H Halil says that the decrease ‘might look like a success but may well be more the result of fewer tests being carried out, rather than fewer STIs being transmitted’.

Impacts of the cuts

Despite a rise of 25% in people attending sexual health clinics in the country between 2012 and 2016, a KF’s analysis finds that councils spent £30m less in 2017 than the previous year on sexual health services.

STI testing and treatments account for around 12% of local authority public health spend, with some spending up to 32%, according to official figures.

The KF estimates that councils were forced to reduce their spending after the government’s plans to cut at least £600m by 2020/21 – on the top of £200m that what supposed to be given to councils in 2015-16 for public health.

She adds: ‘When the NHS itself has called for a ‘radical upgrade in prevention and public health’ to save the service from collapse, it is reckless to be doing the exact opposite.

‘The fallout from these cuts is already being felt in rising rates of sexually transmitted infections, and will hit our health service ever harder further down the line.

‘Politicians have long operated on election-cycle funding, but this must change if we are to protect our NHS and the public’s health.’