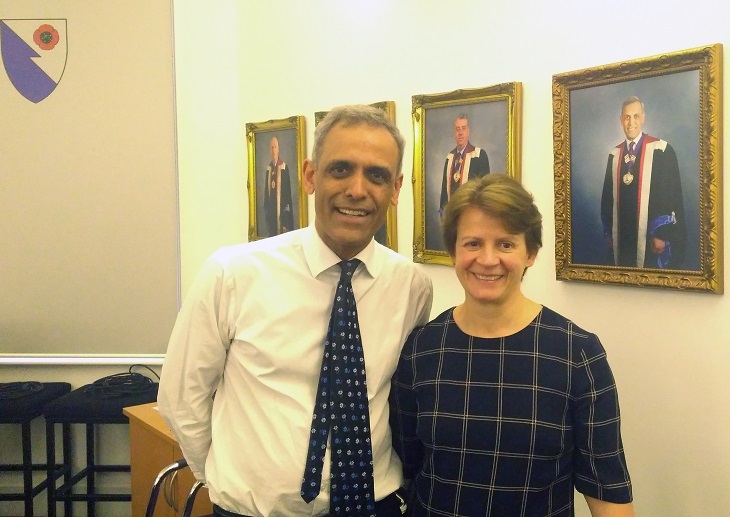 The Royal College of Emergency Medicine (RCEM) has elected Dr Katherine Henderson as its next and first female president.

Dr Henderson is a consultant at St Thomas’ Hospital London and a former registrar at RCEM.

She is expected to take over from outgoing president Dr Taj Hassan in October and will serve a term of three years.

In a statement, Dr Henderson acknowledged the importance of RCEM at a time when NHS England is deciding whether to scrap the four-hour A&E waiting time target.

She said: ‘How we measure emergency care to ensure patient safety and drive flow is a key priority for me, but in addition to this I am determined to tackle the issue of corridor medicine, improve retention and enhance the value of college membership.’

RCEM recently argued that scrapping the four-hour target would have a ‘catastrophic impact on patient safety’.

The emergency doctors’ body was not consulted by NHS England on plans to remove the flagship target, which has been in place for the past 15 years.

Outgoing President Dr Hassan said of Dr Henderson’s appointment: ‘To us, patient safety is paramount. I am confident that Dr Henderson will continue to champion our cause and oversee a challenging but exciting period for emergency medicine.’

Dr Hassan said: ‘I would like to congratulate Dr Henderson on her election and thank our other two excellent candidates, Dr Moulton and Dr Gavin.

‘I greatly look forward to working with Dr Henderson ahead of the handover in October.

It has been my absolute privilege to be the president of the Royal College of Emergency Medicine and to lead such an incredible speciality in what have been exciting but testing times.’