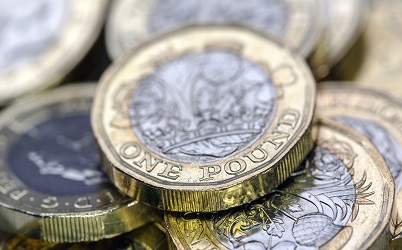 The Prime Minister is set to announce today (10 April) £75m to ‘support new research into early diagnosis and treatment’ of prostate cancer.

The funding, which coincides with male cancer awareness week, will help more than 40,000 men diagnosed with prostate cancer to access earlier and faster treatment.

The cohort will include higher risk groups recruited into more than 60 studies in prostate cancer over the next five years to test treatments, such as more precise radiotherapy, high-intensity focused ultrasound and cryotherapy, coupled with exercise and dietary advice.

Ms May’s announcement comes after her recent pledge to draw up long-term funding plans for the NHS in line with the health service’s 70th anniversary.

Ms May said that ‘too many people endure the loss of a loved one because cancer diagnosis comes too late in the day’.

She continued: ‘Our cancer treatments are world class and survival rates are at a record high, but prostate cancer still claims thousands of lives every year.

‘I know we can do more. That’s why I am setting out new plans to help thousands of men get treated earlier and faster.

Prostate cancer is the most common cancer in men and the third most common cause of cancer deaths in the UK – which claims more than 11,000 lives every year – according to charity Prostate Cancer UK.

Prostate Cancer UK director of research Dr Iain Frame said that ‘with increased research investment used wisely, we can turn this around and make prostate cancer a disease men no longer need to fear’.

He added: ‘Today’s announcement shows a very welcome and positive commitment from the government to play a key role in getting men the early and accurate diagnosis and treatments for prostate cancer they deserve.

‘It at last shows recognition of what a huge issue prostate cancer is and the focus needed to stop it being a killer.’

In early April, NHS England announced the rollout of ‘one stop shops’, which are rapid diagnosis and assessment centres piloted in 10 areas, to ‘speed up cancer diagnosis and help save lives’, it said.