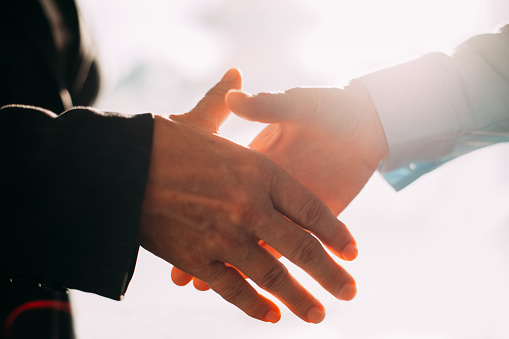 He said: ‘While retiring from the role was a very difficult decision to make, I’m confident that NHS Digital will deliver the personalised health ad care agenda under its new leadership. I also want to thank the board and my executive team for all the support they have given me over the last three years.’

Dr Diwakar is a respected paediatrician and highly experienced clinical leader who has shaped the care of children and young people with rare and complex conditions in different organisations in Birmingham, the West Midlands and nationally. He brings many years of experience working as medical director, including in his current role at Great Ormond Street Hospital, and before that at Birmingham Children’s Hospital NHS Foundation Trust.

Dr Diwakar said: ‘There are few jobs that would take me away from one of the world’s leading children’s hospitals. There are many challenges for healthcare but these come with significant opportunities to improve people’s lives, reduce inequalities and change the way we organise health and social care around the patient, not around institutions.’

He added: ‘London has an incredible track record and I’m looking forward to working with some of the most talented leaders in one of the world’s leading capital cities.’

Kathryn Magson is to join Hertfordshire Valleys clinical commissioning group (CCG) as chief executive. She has nearly 10 years’ NHS experience at a senior level, including key roles at NHS North West London Commissioning Support Unit and Ealing CCG. Magson was most recently chief officer at Richmond CCG and is the sustainability and transformation plan (STP) lead for south-west London.

Before joining the NHS, Magson worked in the financial services sector for a number of years.

She said: ‘I am thrilled to have been asked to take on the chief executive role and to be joining a successful and ambitious organisation. I am very much looking forward to working with all partners and a strong CCG team to press ahead with the improvements and transformational change.’

Two clinical commissioning groups (CCGs) are to come under a joint management arrangement from April 2017.

In a statement the CCGs said they have been ‘considering the opportunities and challenges’ of the arrangements ‘over the past few months’.

Last year, North Tyneside was put into special measures by NHS England, which suggested that the CCG ‘review its governance, to act on the findings of the review and implement a financial recovery plan’.

Newcastle Gateshead CCG, however, was rated as outstanding.

Despite sharing management roles, the arrangement will see CCGs remain separate statutory organisations, which will be kept under review.

Adams said: ‘Having shared management arrangements will mean we can all gain economies of scale, as both CCGs commission services from many of the same providers of care services.

‘This means there is potential to spend NHS resources more effectively, minimise costs and work more efficiently across a number of business areas.

The Royal Devon & Exeter NHS Foundation Trust has appointed Suzanne Tracey as its new chief executive. Tracey, who has been the trust’s director of finance and business development, deputy chief executive and chief financial officer and more recently acting chief executive, will take up her post with immediate effect.

Trust chair James Brent said: ‘Tracey has been a key member of the trust’s well regarded executive team for almost eight years and has made a significant contribution to its success.

‘She brings extensive NHS experience, having worked at a senior level in a number of acute trusts and a commissioning organisation. She also has in-depth local knowledge of the trust and the wider health economy and a compelling vision for how she would like the trust to develop over time.

Commenting on her appointment, Tracey said: ‘I am honoured to be appointed to this role and it will be a privilege to serve our patients and staff.’

The NHS Confederation has appointed the former head of the General Medical Council (GMC) as its next chief executive.

Niall Dickson, who was chief executive of the GMC for the past seven years, also served as the head of The King’s Fund and the BBC’s social affairs editor.

During his time at the GMC, Dickson delivered many reforms, including expanding its responsibilities for medical education and training, introducing revalidation in 2012 and language checks for doctors from Europe in 2014.

He said: ‘The health and social care system is under massive strain, facing unprecedented demand and severely constrained funding.

‘It’s a great privilege to join the Confederation as it works with its members and partners to deliver better, safer care and the fundamental reforms that are needed to make the system sustainable.’

Stephen Dorrell, NHS Confederation chair, said: ‘Dickson will help ensure the NHS Confederation remains the first port of call when the health service needs
a voice, binding in the highest levels of experience and influence across the full spectrum of health and care services.’

A collaborative procurement project to transform community services in Nottinghamshire has scooped a top prize at the 2016 Health Care Supply Association (HCSA) Awards.

This was awarded in recognition of the procurement and partnership approach taken as part of this highly complex programme to improve community services in the area, tackle inconsistent levels of care and treat people closer to home.