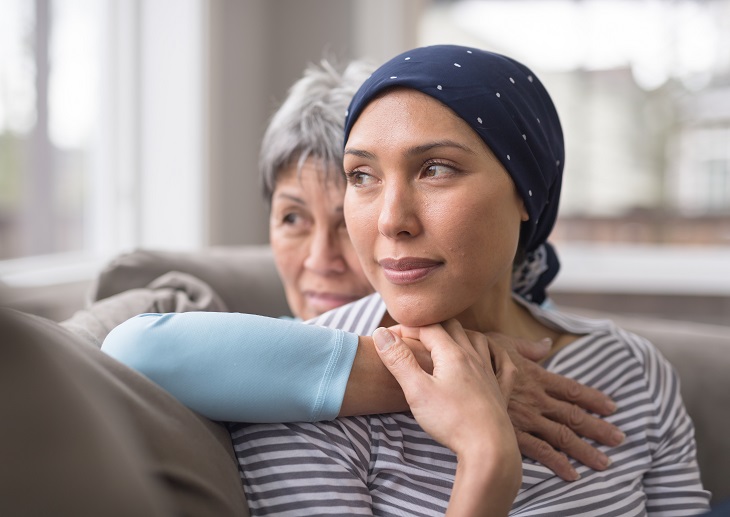 Cancer survival figures for people living one year after their diagnosis are improving, official data from the Office for National Statistics (ONS) has found.

Breaking it down into different cancer types, the ONS found that variation for one-year survival rates for both breast and colorectal cancer – also known as bowel cancer – reduced in 2016 compared with 2001, while it increased for lung cancer.

According to the ONS, variation for cancer survival between CCGs partially reflects the differences in the number of patients diagnosed at an early stage.

Women affected by breast cancer are mostly diagnosed at stage 1, while those with lung cancer are usually recognised at stage 4, according to a previous ONS release published in January.

Around 44,500 people are diagnosed with lung cancer every year in the UK, according to NHS England and as part of the long-term plan, the NHS will widen access to lung health checks to help earlier diagnosis.

British Lung Foundation chair of the Taskforce for Lung Health Dr Penny Woods said that a comprehensive lung cancer screening programme to target those at high risk of developing lung cancer is needed.

She said: ‘When diagnosed at the earliest stage, more than one in three people with lung cancer will survive the disease for five years or more, compared with around five in 100 people when diagnosed at a later stage.’

Lorraine Dallas, director of information and support at the charity Roy Castle Lung Cancer Foundation said it is ‘sad’ that reduction in variation for lung cancer wasn’t similar to that observed for breast and colorectal cancers.

She said: ‘The charity knows there is inequity faced by those with lung cancer, but we are hopeful that improvements are happening and this will be reflected in improving outcomes.’

NHS Clinical Commissioners chief executive Julie Wood said: ‘Our members recognise the devastating impact that cancer has on patients and their families and are making efforts to improve survival from all cancers, with a focus on prioritising early diagnosis to tackle poor lung cancer survival in particular. These efforts will be made easier by successful integration, as set out in the NHS long-term plan.’