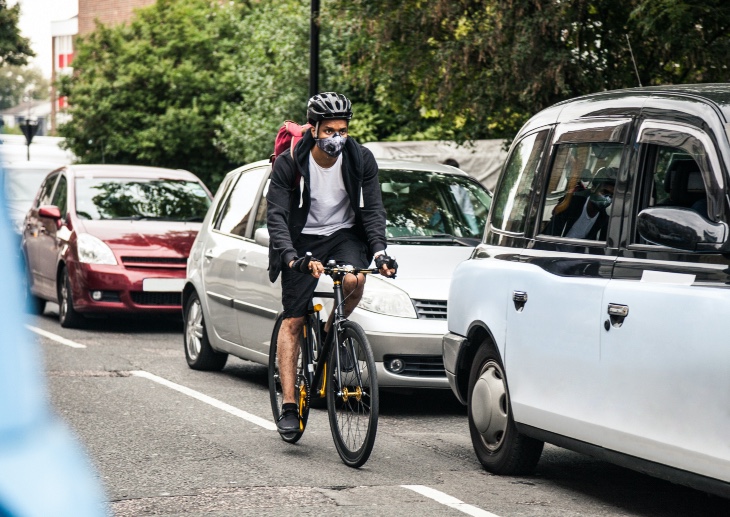 An estimated two million people with lung conditions in the UK have noticed reduced symptoms in recent weeks, following a marked drop in pollution levels during the coronavirus lockdown.

A British Lung Foundation survey of 14,000 people with diagnosed lung conditions, including people with asthma and chronic obstructive pulmonary disease (COPD), found one in six had noticed an improvement in their symptoms. In terms of asthma sufferers alone, that number was one in four.

Air pollution, which poses particular danger to the 12 million people with diagnosed lung conditions in the UK, reduced significantly (nitrogen dioxide levels dropped 40%) due to the fall in road transport use.

The organisation, along with The Taskforce for Lung Health, has called on the Government to establish a ‘long-term commitment to reducing air pollution in the UK, through the adoption of World Health Organization (WHO) legal limits’.

Tens of thousands of deaths are linked to air pollution in the UK every year.

Recent global studies have suggested that high levels of air pollution could increase the risk of people dying from Covid-19, causing particular concern as lockdown restrictions are eased.

British Lung Foundation Policy and Public Affairs Officer Zak Bond said: ‘Air pollution can increase your likelihood of getting a lung condition and cause lasting damage to children’s growing lungs.

‘The Government has a duty to ensure that as the country recovers from Covid-19, we can continue to keep air pollution down, and keep pushing them lower, with the rapid introduction of Clean Air Zones, support for public and active transport, and tougher air quality laws.

‘We want to see the government commit to reaching the WHO’s guidelines for fine particulate matter by 2030 at the latest.’