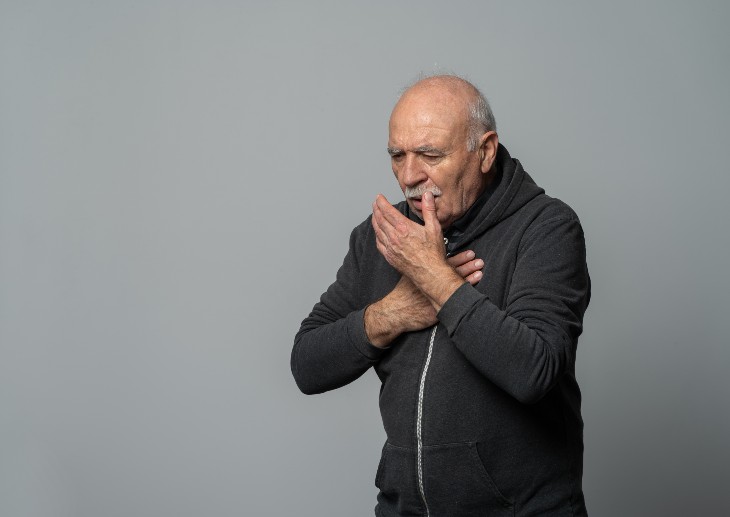 The rate of chronic obstructive pulmonary disease (COPD) diagnosis fell by half last year, potentially leaving tens of thousands of people living with the condition without realising, a UK charity warns.

The British Lung Foundation said COPD diagnosis rates fell by 51% in 2020 compared with 2019, according to government figures, leaving an estimated 46,000 people in England with symptoms of the disease but without a diagnosis or support.

A range of factors had likely contributed to the drop in diagnoses, including essential diagnosis breathing tests being suspended because of fears around the spread of Covid-19, long waits to see specialists, as well as low public awareness of COPD and its symptoms and misconceptions that the disease only affects older people and those who have smoked.

In a report warning of the crisis, Failing on the Fundamentals: insights from those living with chronic obstructive pulmonary disease (COPD) around the UK, the charity said later diagnosis was linked with higher levels of COPD exacerbations and a greater chance of dying from the disease.

‘As of November 2021, diagnostic tests such as spirometry have not yet properly resumed, making it likely that a further 46,000 people in England may have gone undiagnosed in 2021,’ the report stated.

‘While rates of cancer diagnosis are already up to, and in some areas better than pre-pandemic levels, there is no dedicated plan to address the huge backlog in respiratory care. In all four nations, we want to see respiratory plans address this issue urgently.’

The report included results from a survey of 8,000 people with COPD canvassed between December 2020 and May 2021 which found the pandemic worsened people’s daily lives and the level of care they received as well as their chances of being diagnosed.

They found 75.5% of respondents with COPD did not receive the five fundamentals of COPD care as defined by NICE, which include provision of a self-management plan, vaccinations against flu and pneumonia, referral to smoking cessation services, pulmonary rehabilitation and managing other co-existing medical problems.

‘Before the pandemic struck, treating people with COPD that had a delayed diagnosis put huge pressure on our health system. With Covid-19 having such a dramatic impact on diagnosis rates, the pressure will only intensify if action is not taken. It is vital that the NHS urgently ensures that GPs are supported to deliver life-saving diagnostic testing right now to start to address the backlog of undiagnosed patients,’ she said. She said anyone who was experiencing breathlessness could take the charity’s online test to find out more about their symptoms.