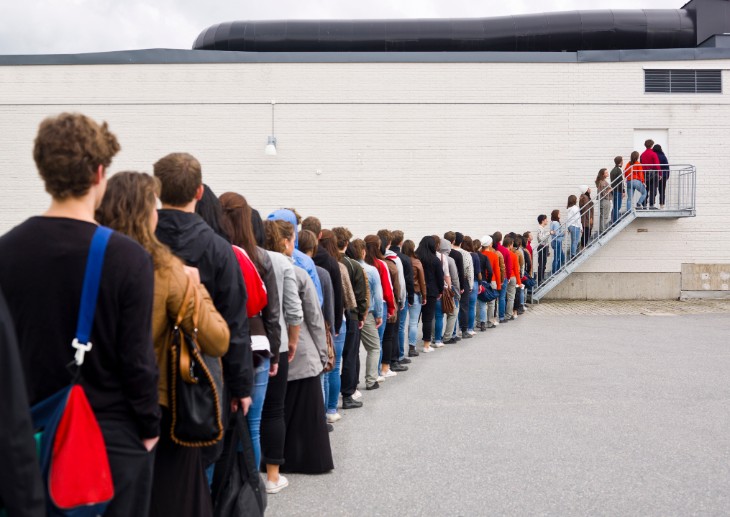 Median waiting times have reached 13.8 months with 60% of patients seen within 18 weeks, according to figures up to August 2022.

NHS England said progress was being made against the elective recovery plan and more people than ever had received urgent cancer checks after GP referral.

In response to the figures, Labour said it was ‘totally’ unacceptable for millions of people to be left waiting months or years for treatment.

Currently there are more than 387,000 patients who have been waiting more than a year for specialist care after a GP referral.

Last month the Government warned that NHS waiting lists may not start reducing until March 2024 because patients delayed seeking care in the pandemic.

A joint report by the Department of Health and Social Care (DHSC) and the Office for National Statistics (ONS) published last month said that an estimated 10 million patients have not come forward for treatment during the pandemic.

In March 2020 there were 4.24 million patients on the NHS waiting list in England, a figure that had been consistent over the previous year.

Overall, the monthly figures show more NHS activity than before the pandemic, NHS England stressed – with 4% more patients receiving treatment in August compared to the same month in 2019, and more than two million tests and checks carried out.

At the same time, the latest figures show that there are 10,522 patients in hospital with Covid – more than double the number seen at this point in September.

Professor Sir Stephen Powis, NHS national medical director, said: ‘Despite huge pressures on the NHS this summer, the incredible work of colleagues across the country meant that in August we delivered more potentially life-saving cancer checks than ever before, and cut 18 month waits by 60% over the last year.

‘This was despite continued pressure from Covid patients in hospital, which has now risen to more than double the numbers seen in August, and more of the most serious ambulance callouts than before the pandemic.’

Wes Streeting, Labour’s Shadow Health and Social Care Secretary,said: ‘It is totally unacceptable for millions of people to be left waiting months or even years for treatment, often for painful and debilitating conditions.

‘12 years of Conservative understaffing of the health service is holding our economy back, with patients unable to work while they wait. You can’t have a healthy economy without a healthy society.

‘The next Labour government will oversee the biggest expansion of the NHS workforce in history, paid for by abolishing the non-dom tax status.

‘We will train the doctors and nurses our NHS needs to get patients treated, healthy and back to work.’