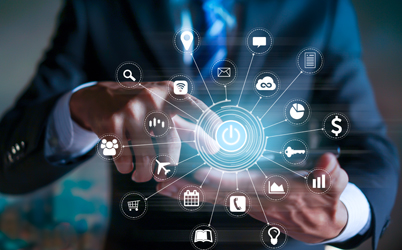 The NHS wants developers creating digital healthcare apps to submit them to the NHS Apps Library as it continues to develop.

The NHS App Library, which was officially re-launched in April 2017, is still in its beta version and currently offers 46 apps to support patients with a variety of conditions such as diabetes, mental health, COPD.

Their main focus will be on checking that apps meet NHS technical, clinical and safety standards, said NHS Digital.

More third-part assessors could join NHS Digital and Our Mobile Health in the future, which according to NHS Digital will help speed up the assessment process and widen the choice of apps available on the Library.

CCGs and patients will benefit from a wider choice of NHS Apps, as NHS Digital made clear plans for expansion of its NHS Apps Library yesterday (22 February).

Programme Director at NHS Digital Hazel Jones said: ‘Being featured on the library is not only a great bonus for developers but it also helps CCGs and patients who will have the reassurance that the apps featured are evidence-based and result in positive patient outcomes.’

Last month it was revealed that the Care Quality Commission (CQC) will also assess a number of GP apps, some of which are already part of the NHS Apps Library.

The App Library was previously found unsafe when it was launched as a pilot in 2015, following a research by Imperial College London that found that some of the apps that had received NHS approval were putting patient data at risk.

Chief Digital Officer at NHS England Juliet Bauer said: ‘Digital technology is now a part of all our lives and in the NHS we want to harness the advantages of digital to improve services and empower patients to take control of their own health.

‘Through this partnership with Our Mobile Health, the NHS Apps Library will grow, providing the public with even more NHS and recommended apps they can use to manage their health and well-being.