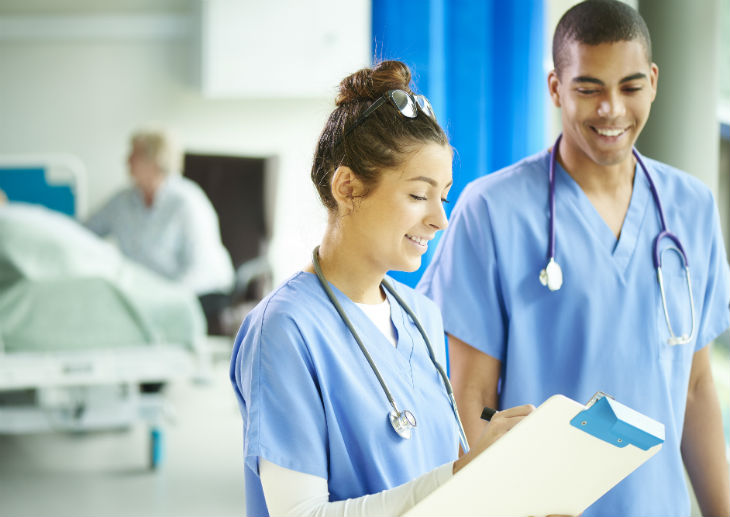 Hiring intentions within the public sector, including the NHS, are at their highest level since 2011, a survey has found.

Recruitment firm ManpowerGroup, who conducted the survey of 2,102 UK employers, said this is symptomatic of the difficulties in finding the right people to fill the gaps in the public sector.

According to ManpowerGroup, the NHS is experiencing ‘dramatic outflows’ of key workers, with Brexit being a key factor in this.

With 1.7 million workers, the NHS is the largest public sector employer in the UK and the fifth largest employer worldwide, according to the World Economic Forum.

ManpowerGroup managing director James Hick said: ‘After so many years of austerity, the public sector has been crying out for investment, and we have already seen hiring intentions jump this quarter. However, we are also seeing the leaking bucket phenomenon play out here.

‘Take the NHS, which has borne the brunt of years of austerity, and which is experiencing dramatic outflows in the numbers of critical workers.

‘A recent report found that over the 12 months since the Brexit referendum, the number of European joiners in the NHS fell by 17.6% while the number of leavers rose by 15.3%. With such huge leaks to plug, it’s no surprise that we’ve hit the highest level of hiring intentions since 2011.’

The report quoted by Mr Hick, published by the Cavendish Coalition last month, also found that the NHS could be short of more than 50,000 nurses post-Brexit.

Overall, the NHS could have more than 350,000 vacancies by 2030 if the current trend of staff leaving continues – according to a joint report published by the Health Foundation, The King’s Fund and the Nuffield Trust last month.

In October, health and social care secretary Matt Hancock said the Government had not yet made an assessment of the costs to the NHS of bringing in staff from the EU after Brexit, despite Mr Hancock previously announcing that workforce is his ‘top priority’.

A Department of Health and Social Care spokesperson said: ‘Record numbers of dedicated NHS staff work tirelessly to make sure patients get excellent, safe care and we are supporting them by training 25% more doctors, nurses and midwives, giving a significant pay rise to over a million staff, and listening to the issues that matter to them.’

‘Since June 2016 the number of NHS staff from the EU has increased by more than 4,300 and EU healthcare staff are among the first to be able to secure their settled status – underlining our commitment to them.’

In response to ManpowerGroup’s latest employment survey, Cavendish Coalition co-convenor and NHS Employers chief executive Danny Mortimer said the survey is further proof that staffing pressures are a key reason why the NHS is under great pressure.

He said: ‘Health and social care relies heavily on talented staff from across Europe and the world.

‘The NHS urgently needs assurances that it can continue to attract talented people to care for our communities and contribute to research and innovation.

‘We await the immigration white paper with interest and no little concern given Government statements in recent months.

‘It is also vital we stop – or at the very least, slow down – the outward flow of EU nationals from our sector. The Government can do this instantly by giving a cast-iron guarantee that its settled status programme for EEA nationals will be honoured in the event of a no-deal Brexit.’