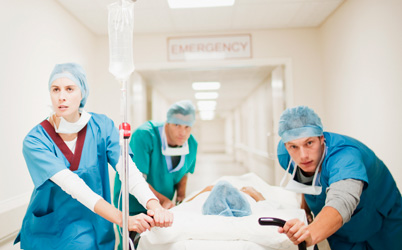 The annual cost of emergency admissions to hospital for people in the last year of life could almost double over the next 20 years, a charity has warned.

In 2016, the NHS spent £2.5bn on 1.6 million emergency admissions for people in the last year of their life in Britain, the charity warned.

Taking into account 2016 figures and the forecast pointing at an increase in the number of deaths by 2038, the charity said the NHS could need an extra £2bn annually to cover the costs of emergency admissions for people in the last year of life.

It added that some extra 8,000 hospital beds will be needed by 2038 – the equivalent of an extra ward in every hospital with a major A&E unit.

Marie Curie director of policy and public affairs Simon Jones said: ‘Unnecessary hospital admissions are a huge cost to the NHS and as the number of people dying each year is set to increase significantly, we need to address the provision of care now in order to avoid further crisis.

‘While some emergency hospital admissions for people living with a terminal illness are appropriate and necessary, many are not and can often be avoided entirely if appropriate care in the community is provided.’

Mr Jones added: ‘The Government has already stalled on its Green Paper on care and support for older people until this summer but urgent attention should be given to ensuring there is proper care available in the community to avoid unnecessary pressures on A&E services.’

It comes after the secretary of state for health and social care Jeremy Hunt announced a 10-year NHS and social care workforce strategy on 20 March, which will be published later this year and set the seven key principles that will inform the Government’s thinking ahead of the Green Paper.