NHS cannot compete with Amazon and other retailers for staff 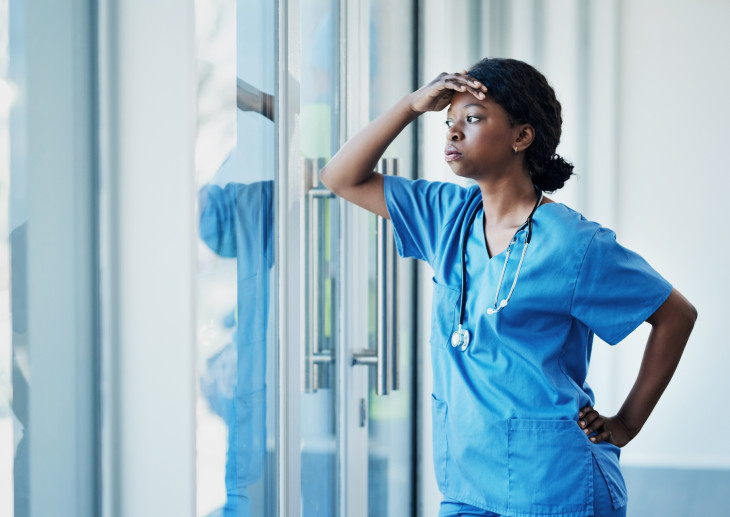 The NHS and social care cannot compete with major supermarkets for staff, including Amazon, Lidl and Aldi, and are losing workers to the international retailers, health leaders are warning.

Chief executives from several integrated care boards (ICBs) along with GP leaders have told Healthcare Leader that the wages and benefits offered by supermarkets, combined with the rate at which roles open up at new stores, has made it incredibly challenging to position the NHS and social care as a good option for work.

Felicity Cox, chief executive of Bedfordshire, Luton and Milton Keynes ICB, said that the system struggles to recruit ‘more junior roles when we’re competing with shops and warehouses’ that can offer discounts and attractive employment packages.

‘We have a huge Amazon warehouse, we have huge number of Aldis and Lidls opening what feels like almost weekly, so there are lots of other employment opportunities and we really have to think about being an attractive employer in a competitive market,’ she said.

Coventry and Warwickshire ICB chief Phil Johns highlighted the challenge of encouraging carers to work demanding jobs for lower salaries than what is offered by retailers.

He said: ‘If you can get paid the same at local supermarkets for a job that might be less demanding or messy than domiciliary or home care, that is challenging to a greater extent than with health workers. Perhaps we might see a similar trend among health roles at a level like healthcare support workers.’

Under Agenda for Change, healthcare assistants with less than two years’ experience – and other Band 2 roles – earn £20,270 per year, or approximately £10.39 an hour.

By contrast, Lidl offers entry level shopfloor staff £11.95 an hour in London – and £10.90 outside the capital – with longer-term colleagues earning up to £13.00 an hour.

As of this month Aldi has raised its hourly rate to £11 for store assistants. And reported figures suggest Amazon pays warehouse an average £14.79 per hour.

The issue has similarly plagued Humber and North Yorkshire ICB. Stephen Eames, its chief executive, claimed an Amazon warehouse that had opened near Hull had offered incentives the system could not match.

‘Essentially Amazon, near Hull, had been offering £500 golden handshakes saying ‘Come and work for us’. They’re paying something like £15 an hour, whereas the minimum was only around £10 an hour.’

And West Yorkshire ICB told Healthcare Leader that ‘many’ of its staff are paid ‘close to or at’ the national living wage, which – alongside the added cost of inflation – ‘puts added pressure on the retention and recruitment of staff’.

Dr Peter Holden, treasurer at Derby and Derbyshire LMC, said his practice has given staff a 10% pay rise to keep receptionists and administrators from leaving the health service.

He said: ‘There is a limit to how much you can give away your own income. We’ve given our staff a 10% pay rise to avoid losing them to Aldi. Other businesses can put the extra costs onto their prices, but we can’t. We can’t just turn down the heating because people have got to get undressed to be examined.’

Cathie Williams, joint chief executive of the ADASS, said: ‘There are currently 165,000 vacancies in adult social services and we continue to hear reports from all around the country of care staff quitting for higher pay, and far less responsibility, in other sectors like retail and hospitality.

‘It is vital that adult social care is funded sustainably to meet need, rather than allowed to struggle and then subjected to short-term emergency cash injections when services are at crisis point.’

The challenge extends into the digital sector, which is noted for its inflated salaries.

Speaking before the Health and Social Care Select Committee last week, NHS Digital chief Simon Bolton said without a change the organisation – which will merge with NHS England next week – will be forced to rely on third parties.

‘We’ve seen huge inflation in wages in particularly private sector, and we’re competing in that space for talent. Some people will join us because they believe in the purpose, but we can’t just rely on that,’ he said.

‘In the future we are going to have to think very carefully about how we can attract the best digital talent into the NHS so that we are at least to some degree competitive with the market. Otherwise we won’t be able to deliver the kind of capabilities that we need to without relying on third party suppliers.’

A Department of Health and Social Care (DHSC) spokesperson said: ‘Retention within the NHS is a complex issue and there are many reasons why staff may choose to leave. The NHS Retention Programme seeks to understand why staff leave, resulting in interventions such as early career advice for graduates, mentoring schemes, advice on pensions and support for those going through menopause.

‘There are record numbers of staff working in NHS trusts and commissioning bodies in England, and almost 4,700 more doctors and over 10,500 more nurses in the NHS than last year.’

The Government has committed to publishing a workforce strategy this year.

It comes as staff across the NHS – including nurses and ambulance workers – continue to walk out over demands for an above-inflation pay rise, and as the NHS records a 9.7% vacancy rate.

The opposition has accused the Government of having ‘no strategy’ to settle the strikes.

Labour leader Sir Keir Starmer suggested the Conservative party would either ‘reach an agreement that they could have reached before the strike started’ or ‘slug it out’ over the year.