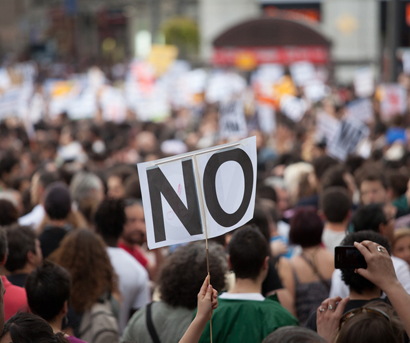 The new ACO contract, coming into effect from February 2018, could give private companies ‘full responsibility for the NHS and adult social services’, according to the campaigners.

A spokesperson for the Department of Health (DH) said that the proposed changes are 'appropriate and lawful'.

‘Not in the public interest’

Dr Colin Hutchinson, chair of Doctors for the NHS, believes that ‘the introduction of ACOs will be the biggest change to the NHS since it came to existence’.

He said: ‘ACOs will allow insurance companies, private service providers, property companies, banks ­and a whole range of sub contractors, whose priority is to make a profit rather than principally provide healthcare, to have responsibility for the administration and provision of most health and care services used by the public.

‘It’s not in the public interest.’

The campaigners also argue that ACOs ‘aren’t recognised in any Act of Parliament’.

Mr Hutchinson said: ‘The Government refers to ACOs as the means to dissolve the boundaries between health and social care but they haven’t explained how you dissolve the boundaries between one service that offers universal and comprehensive access to health service free at the point of use with a social service that is increasingly mean tested with wide spread charging and co-payments.’

The campaigners highlighted that Private Finance Initiatives (PFIs) brought by Conservative and Labour administrations in the NHS from early 1990s, ‘continue to drive hospital and service closures and major service reductions throughout England, due to high cost of servicing annual changes’.

The Labour party this week requested a debate over the ‘controversial’ plans, to be conducted in the House of Commons.