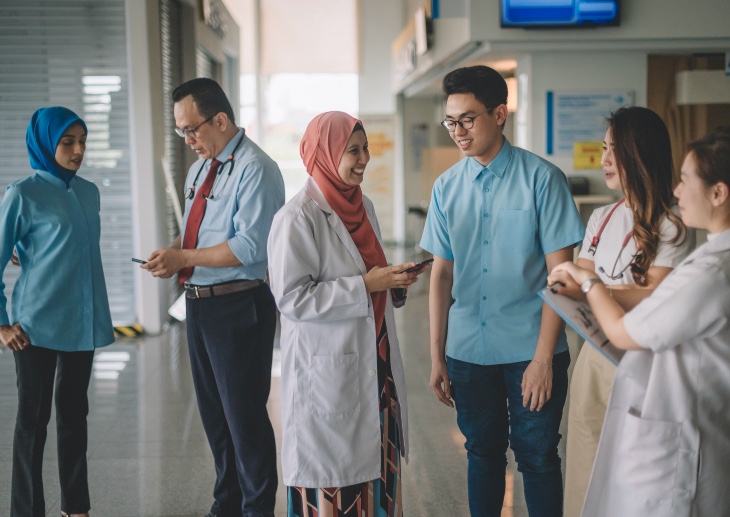 UNISON, the British Medical Association, the Royal College of Nursing and the Royal College of Physicians have penned a joint letter to the prime minister, seeking confirmation that all international health and care staff, and their families, will be exempt from the immigration health surcharge.

NHS and social care workers have now been in limbo for three weeks, following home secretary Priti Patel’s announcement on 21 May that she and the health secretary were ‘working together to remove the NHS surcharge as soon as possible’ for them, and promising ‘further details soon’.

The organisations have asked the Government to confirm that the surcharge would be revoked on a permanent basis, and that those who have already paid would be refunded.

One couple working in the NHS and care had to pay a combined £2,000 NHS surcharge when renewing their visas, a week after the Government vowed to scrap the fee for healthcare workers, their lawyer told Healthcare Leader.

The pair, whose leave to remain was due to expire at the end of May, pushed their renewal as far back as possible, waiting for the announcement to be followed up, their immigration solicitor, Barry O’Leary, said.

On top of paying the current surcharge fee, currently £400 per year each (paid in 2.5 year intervals), the couple spent a combined £2,100 on their leave to remain application – totalling £4,100. Neither qualified for the free one-year extension, introduced in March, which applies to a limited list of healthcare professionals renewing before 1 October.

‘To stay lawfully present, they had to pay the leave to remain application fee and the health surcharge by the deadline – there was no choice. If they didn’t pay it, they would’ve become unlawfully present in the UK and lost their rights, including to rent and work.

‘It is bad enough that they have to pay, even if they do eventually get a refund, but there is no mention of a refund for people in this position, even though they have been made a promise.’

The NHS surcharge is set to increase from £400 to £624 per year in October under current plans.

UNISON general secretary Dave Prentis said: ‘It was always wrong to charge overseas NHS and care staff to use the very services they help provide.’ He also called for ‘this wrong to be righted’, through refunds to workers and their families.

‘Going that one step further and scrapping the charge for all overseas workers – so that everyone paying taxes and contributing to the economy is no longer punished financially – must now happen too,’ he added.

‘However, three weeks later many will be increasingly anxious having heard nothing more. Doctors renewing visas are continuing to be charged and we need action now.

‘The BMA persistently lobbied to have this punitive and absurd fee scrapped for our members and their colleagues and we will not stop until we have a system that is fair, right and leaves no international doctor worse off for contributing their valuable skills and expertise to the NHS and its patients.’