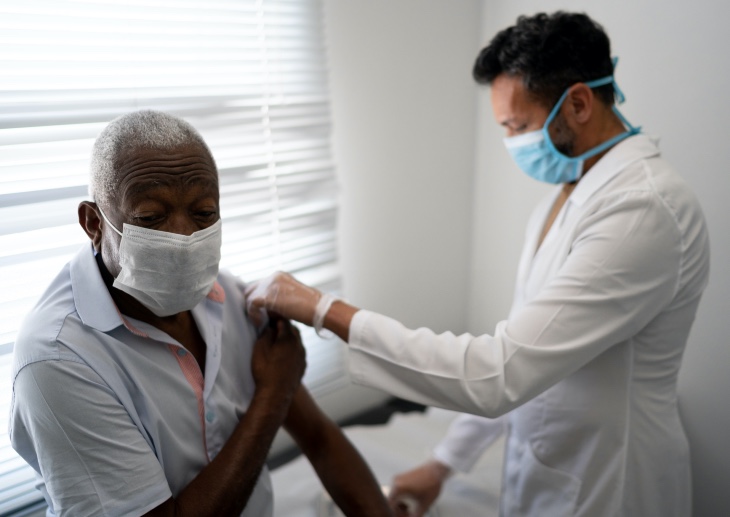 The data, analysed by NHS England, indicated that in one July weekend, twoin-five of the 80,000 walk-in doses administered were to people from ethnic minority groups.

The fastest growth in vaccinations was from people of mixed Asian and white backgrounds, with numbers growing by a quarter from 81,000 to 101,000 between 20 June and 22 August.

Additionally, 142,000 Black people received their first dose via the scheme. Of those people, more than three-in-five were Black African, with the number of people getting a first dose increasing by 20.9%.

In total, more than 700,000 people from ethnic minority backgrounds have received a Covid vaccine since the walk-in programme launched in June.

Meanwhile, the increase in vaccinations among white people during the walk-in programme was 11.1%.

As many as 3.8 million first doses have been administered in total through the programme.

This comes at the tail-end of a vaccine programme which has consistently seen much higher rates of vaccine hesitancy among people from ethnic minority communities.

In June, ONS data revealed that Black or Black British adults had the highest rates (21%) of vaccine hesitancy in the UK, while data in May highlighted that uptake was lower among over-50s in all ethnic minority groups when compared with the white British population.

The BMA at the time criticised the Government, stating that it had ‘not done enough’ to engage with local communities in vaccine rollout.

Dr Nikki Kanani, NHS medical director of primary care and deputy lead for the vaccination programme, said that the new data shows increasing confidence in the vaccine, with staff who know their communities going ‘above and beyond to set up sites that meet their patients’ needs’.

She added: ‘This hard work is paying off and we are protecting people that were previously reluctant to get the vaccine, building on work we have already done, such as tackling misinformation online, translating materials into more than 20 languages and working with faith and community leaders to promote the vaccine’s safety.’