There’s no change at the top 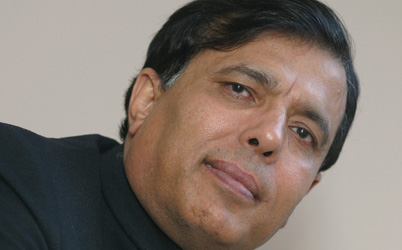 Theresa May’s post-Christmas cabinet shuffle was more of the Beast and less of the Beauty. The image I have is of Jeremy Hunt down on both knees, begging her not just to retain him as health secretary but extend his role to social care as well. Such has been the chaos and demolition of the NHS that I imagine no one else wanted to take over, as this would irretrievably damage their careers.

The Tories are finally facing up to the fact that difficult decisions are needed on the future of social care. But their plan is based on the reverse of the NHS principle – instead, the greater your care needs, the more you pay.

The Conservative manifesto proposed to reform funding of long-term social care by adjusting means-testing and scrapping a proposed cap on all individuals’ lifetime costs. The PM couldn't think of a better person than Mr Hunt to implement that political ideology. He already has a track record of greater privatisation of the NHS, and more fragmentation, than we have ever seen before. Social care is beset with multiple providers, less state provision, more privatisation, and much of it is means-tested.

To professionals and the public on the ground, bringing health and social care together would seem the right thing to do. But their culture and the underlying principles are so diverse that this can only lead to further crisis. Mr Hunt now has the authority for accelerated privatisation. Without a National Social Care Service free at the point of need this is a carte blanche for putting a charge on people's assets for accessing healthcare.

Soon after his appointment the ‘new’ Health Secretary tweeted: 'How we treat the elderly is the litmus test of a civilised society. The health & social care systems are umbilically linked, so putting leadership in one govt department makes sense as a first step ahead of a vital green paper'.

I couldn't agree more, but let's look at his record. It is predicted that the number of older people with care needs will rise by more than 60 per cent over the next 20 years. It is likely that you or your loved ones will need access to good quality social care in your lifetimes. During Jeremy Hunt's tenure, record numbers are waiting longer than the 12-hour target for a bed once they have been seen in A&E. Increasing numbers are laying on trolleys in corridors. Patients are also being kept in hospitals unnecessarily because the care they need in the community can’t be provided. Most of them are older patients – our new champion for the elderly has nothing to be proud of.

So why are we not able to provide good quality care? Funding for social care in England has fallen. The system is a mess. The collapse can be traced back to the combined effect of Mr Hunt's policies, chancellor Philip Hammond and previous chancellor George Osborne’s economics. Austerity has created such a ripple effect that the fabric of many public and indeed private services has been adversely affected. Social services have been squeezed so substantially the sector is now at tipping point. The number of vulnerable people being helped by local authorities is rapidly decreasing, despite an increase in those who require support.

The honest answer is that social care should be treated like the NHS. It is right that society takes collective responsibility for sharing care costs, in a way that will give people peace of mind and allow them to plan properly for later life. For this to be affordable requires a fair care system in which everyone contributes. This is totally contrary to the philosophy of Mr Hunt and his party.

By giving the most damaging health secretary in history an additional brief for social care, Mrs May has extended his reach beyond the chaos and destruction of what has been the pride of the country, the NHS. This can only be disastrous for both the NHS and social care.

Kailash Chand OBE is a GP and honorary vice president of the BMA. He is ex-chair of Tameside and Glossop NHS.