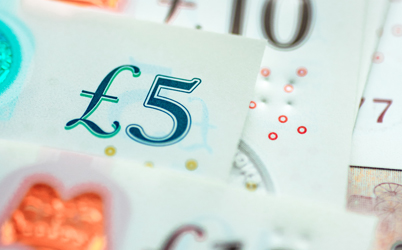 Investing in management consultants does not boost performance and is instead a waste of money, a new study has claimed.

The claims come from a study by the University of Bristol, Seville and Warwick Business School published today in the journal Policy & Politics.

Researcher gathered data over four years from 120 hospital trusts in England, and found that an average of £1.2m a year is spent on consultants per trust, when the same money could cover the costs of 20 more managers, 10 consultant doctors or 35 senior nurses.

The study, which is the first of its kind, revealed that annual spending on management consultants more than doubled from £313m in 2010 to £640m in 2014.

It comes after last year a joint investigation by Healthcare Leader and Pulse found that health and social care bosses across England have spent £21m on management consultants to help draw up plans to overhaul regional NHS services.

Is it still appropriate to use external consulting advice?

Researchers said that their study gives an overall picture of the situation but more needs to be done to investigate the reason behind the inefficiency provoked by management consultants.

The study said: ‘In the context of healthcare and local government, these costs may be accentuated by the ‘predominantly market-orientated attitudes’ of consultants and relative absence of ‘sector knowledge’.’

Commenting on the findings, professor in Management at the University of Bristol Andrew Sturdy said that ‘consultants are not only failing to improve efficiency in the NHS but, in most cases, making the situation worse’.

He added: ‘From the study data we can only speculate on what lies behind these findings. One possibility is that consulting projects are highly disruptive, especially if the demand for them has been generated artificially by sophisticated selling, back stage deal-making and revolving doors between politicians, regulators, healthcare managers and civil servants.’

Professor Ian Kirkpatrick, from Warwick Business School, said: ‘Given financial constraints facing the NHS, an obvious question is whether it is appropriate to continue using external consulting advice at the current level.’

A spokesperson for NHS Improvement said: ‘We are working with all trusts on reducing their costs which includes spending less on management consultants; and have had some success.

‘Since 2013, trusts have reduced their spending on management consultants by £150 million which is a significant improvement on the past. In future, we will continue to work with trusts on keeping their consultancy spending to a minimum, and on commissioning it better.’