Social prescriber Nick Toehill: ‘In the future we’ll wonder how we left such a gap in health services’ 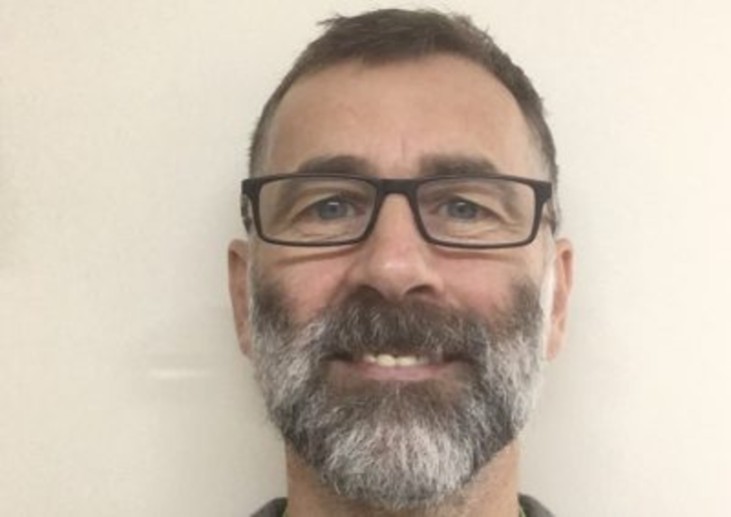 Much is being made of the difference social prescribing could make in primary care – but what does the role actually entail? Rebecca Gilroy finds out

North Halifax is a region with unique challenges – many patients are living with multiple, long-term conditions and who could benefit from alternative care approaches. As more primary care networks (PCNs) find their shape, Nick Toehill, a social prescriber for Calderdale CCG, shares the valuable work he undertakes in this essential role.

Social prescribers, link workers and health connectors occupy a relatively new role. While for some areas, social prescribing might be a brand-new undertaking, others may have had them in place for several years. As a result, many people may not understand what the role requires, making it difficult to know what work experience is needed to fulfill it effectively.

Mr Toehill began his career in healthcare over 20 years ago as a healthcare assistant and support worker on psychiatric wards. Starting out at the acute end, over time he has made his way into the community and into primary care, bringing valuable mental healthcare experience with him.

‘I’ve built up all these years of experience of mental health, so I had built up a real skillset. I didn’t know social prescribing even existed but it suited me. I found out it was a new role and I quite liked the idea that there was something there to be created, developed and shaped, which sounded exciting,’ says Mr Toehill.

The majority of patients who are referred to a social prescriber are coping with a long-term condition, and sometimes more than one at once. This can often take the form of a physical health problem, combined with either pre-existing or connected mental health issues.

‘I think that inevitably you get a lot of people who have underlying [mental health issues] as part of their long-term conditions. Whether it is depression or anxiety, generally, people don’t come to me poorly as such, or psychotic ,[by which I mean] full symptoms of schizophrenia or bipolar disorder. But a lot of people have anxiety or depression that is long-standing or chronic. [Mental health] is not what your role is as a social prescriber, but it certainly helps to have an understanding.’

When you add in regional factors, such as living in areas of high deprivation or high unemployment, issues that were once manageable can quickly become exacerbated. While social prescribers will work across several practices that are all slightly different, according to Mr Toehill, NHS funding cuts and austerity measures have impacted everyone across his region.

As social prescribing relies heavily on community resources, the fact that these projects come and go creates its own set of problems. Many patients will need consistency to see results, and this constant flux can hinder progress.

‘A key part of my role is trying to sustain and maintain sectors. Originally, I think a social prescriber was seen as someone who did a face-to-face [consultation] and then signposted somebody to resources, whereas now they want you to be active with the resources as well.

‘They want you to put some energy into the voluntary side of the community, into social enterprise and try to network there, because obviously you need resources to refer people into, so it makes sense to actively support, develop and encourage resources, create and help to maintain them.’

Although the role is expanding and taking on more responsibilities, at the core of it is interaction. Being a strong communicator for consultations that often run an hour long, is key to the role, as well as understanding what your patients need and want.

‘The bread and butter of it is the face-to-face, because what you’re trying to do is behaviour change work. You’re trying to get people to look at their own health and make different choices so they can be a bit more in control. You do a lot of motivational work, almost life coaching work although you’re not a life coach. It’s listening skills, the one-to-one skills, empathising and trying to get an idea of what motivates people.

‘If someone is stressed because they’re not sleeping, it makes sense to improve their sleep. Rather than give them tablets to make them sleep, maybe if you look at sleep management, you open people up to the idea that they can actually have an impact on their own health by making some changes themselves.’

When social prescribing is done well, the patient not only treated, but empowered. While the initial drive behind social prescribing was to relieve the burden on general practices, on GPs specifically, now it is about making patients feel involved in their care and being able to decide how they are treated. In order to enable this, it is hugely important to know exactly what service you are directing your patient towards.

‘You learn more about a service going and meeting them than you do looking at a leaflet or website. You meet them, you get an idea of what they’re offering and it sticks with you,’ Mr Toehill explains. ‘When you see somebody face-to-face, you’ve got more of a chance of matching them with a service.

‘I used to refer people to tai chi, and I thought, if I’m going to refer people to something, I should probably know what it is about – so I went to a tai chi class to get an understanding. What was interesting was I was really nervous going in, and I thought, if I’m nervous (and I’m a yoga teacher as well) going into a tai chi class, into the unknown, then I must realise that other people are going to be nervous as well.’

Matching patients with a service is complicated and not as straightforward as having just one consultation and directing a care pathway from there. Things might not work out, you might have to start again, so each patient’s treatment can be very different.

‘I can spend up to an hour with a patient. Sometimes that can be too long for people. It’s quite a skill to get that right.

‘You need to make sure that there’s always an aim [to the session], that you’re moving forward and you’re trying to create goals. You can see the successes. There’s has to be a point where the patients are established in the voluntary sector and they can sustain and maintain, that the mechanisms they’ve got for coping have gotten better.’

Taking the wins wherever you can get them is also hugely important. For some people, the goal might be getting up two hours earlier than they normally do. Doing this requires understanding your patient, how they communicate and what they value – which is one of the most challenging aspects of the role of a social prescriber.

‘Everyone is different. You’ve got to really understand that, then you will be able to make some changes. On top of that, you can educate and inform other professionals, because there are a lot of people I work around who come up to me and say, “What do you do then?”

‘I think in a few years especially, we’ll wonder how we left such a gap in health services.’