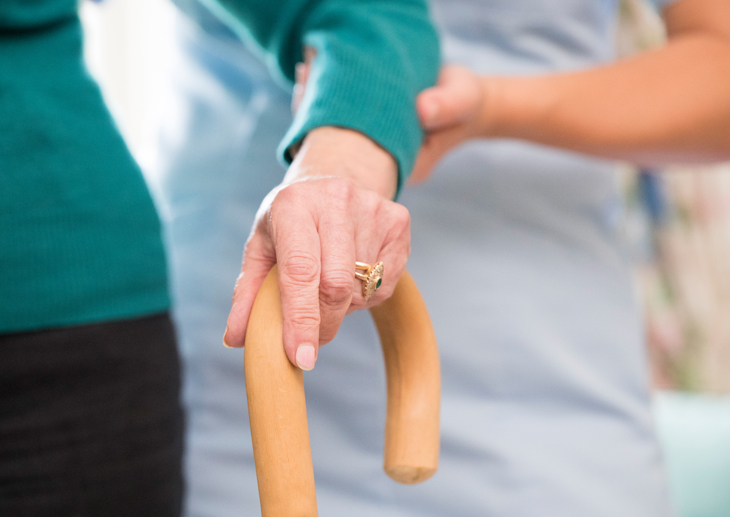 While the Government recently announced a £20bn funding injection for frontline NHS services, not a single penny was allocated to social care. Has the sector been left behind? Léa Legraien reports.

This summer marked an important anniversary for the nation, as the NHS turned 70 on 5 July. To celebrate the achievements of one of Britain’s best loved institutions, initiatives such as tea parties, ceremonies at Westminster Abbey and park runs were held across the country.

Healthcare leaders might not have been short of ideas for honouring their beloved health service, but no birthday parties were organised for another vital sector that also turns 70 this year: social care.

Although social care was recognised by the National Assistance Act in 1948 – and employs more than one million workers – it has never received the same attention or resources as the NHS.

But as our population ages and lives with more complex long-term conditions, why is social care still lagging behind the health service when it comes to funding and focus?

Unlike the National Health Service Act 1946 – which brought in the NHS in 1948, offering free health for the public ‘at the point of delivery’ – the National Assistance Act established social care as a meanstested service.

This is an 8% decrease compared with 2009/10 when it peaked at £18bn – according to economic think-tank the Institute for Fiscal Studies (IFS).

Despite the difference in funding, social care affects the lives of millions of people. The Association of Directors of Adult Social Services (ADASS) estimates than one in five adults in England comes into contact with social care services, whether it is through paid or unpaid carers.

Figures from government watchdog the National Audit Office show that there are more people working in adult social care than in the NHS, with the sector employing around 1.3 million people in England. This compares with 1.2 million NHS staff in England.

In recent years, the level of spending on care has barely been able to meet the increasing demand. The IFS reveals that there are now a total of 1.6 million people aged 85 and above in the UK, an eightfold increase on 65 years ago (in 1953 the figure was 0.2 million).

Since the Government announced its decision to reduce local authority budgets in 2010, there have had to be cuts in social care.

‘There is a crisis in social care because as the number of older people with complex care needs grows, they need more support.

Until we have a discussion and people begin to realise that [social care] isn’t funded in the same way as health, we’ve got a problem,’ says Anne Marie Morris, chair of the All-Party Parliamentary Group on Rural Health and Social Care.

‘Either people have to begin to save money and recognise that social care isn’t a need that is wholly met by the Government – or we need to increase the amount of tax the Government collects to meet that cost.’

A Local Government Association spokesperson says that growing demand and the cost pressures of the national living wage mean that there will be a £3.6bn funding gap in adult social care services by 2025.

Between 2010 and 2017, adult social care services have had to ‘make savings and reductions worth £6bn, as part of wider councils’ efforts to balance their books’, says the spokesperson.

In contrast, adult social care law expert Belinda Schwehr does not believe the area has been neglected by the Government.

‘The Care Act 2014 was a product of cross-party thinking that took five years to get on the statute book, therefore nobody could say social care has been left behind,’ she says.

‘But the preparation for its implementation has been very poor – in the context of central government cuts, the change in political thinking across the political arena since the financial crash, the impact of preparing for Brexit and the consequences for the workforce’s  willingness to stay here to do the job.

‘When all taken together, these factors have meant that adult social care functions have been deliberately crashed into the buffers rather than ignored.’

It is difficult to pinpoint exactly when the problems in social care started. Following the global financial crisis in 2007/08, the worst since the Great Depression in the 1930s, the UK was plunged into a 10-year economic recession.

As a result, the Government took drastic measures, cutting funding for public services – including social care – as part of the policy of austerity measures.

Andy Begley, director of adult social care and housing at Shropshire Council, believes that budget cuts have left all councils with ‘funding inequalities’. He says: ‘There is simply not enough money to provide the services people require.

‘And we have a much older population with comorbidities. Living longer is great, but it puts pressure on our health and social care system.’

So how much funding is needed to tackle the social care crisis and ensure good provision across the country?

There is no definite answer to this question as it depends on multiple factors, including demographic trends and the level of services we want to provide.

In the 2017 budget, chancellor Philip Hammond revealed that councils will receive an extra £2bn for adult social care until 2020. This was followed in February this year by the announcement of an additional £150m for 2018/19.

However, just injecting more cash is not enough to ‘plug the gap’, says Ms Morris.‘It really isn’t as straightforward as putting money in. We need to look at what people need, how we do that most effectively and who does what at the moment,’ she comments.

In the past 20 years, there have been no fewer than 12 green papers and five independent commissions on social care by five successive governments. Although many challenges were highlighted, there have been few solutions.

Yet in March, former health and social care secretary Jeremy Hunt promised another green paper on social care – initially due in the summer but later delayed to this autumn – to address the funding issues.

Ms Morris says we need to have a ‘proper review and an honest debate in public about the true cost of social care’.

She continues: ‘All parties, whether Labour, the Conservatives or Liberal Democrats, have played their part in endeavouring to shape social care. But nobody has had the courage to ask the big questions.

‘Things have changed and people now expect the Government to step in and do more. It’s not as simple as saying, “We’ll just increase taxes”.

‘It’s not the Government’s money, it’s people’s money. At the moment, all the parts are trying to do their best to keep the show on the road. So far we’ve achieved that. But in a not-too-distant future, there is going to be a real challenge’. 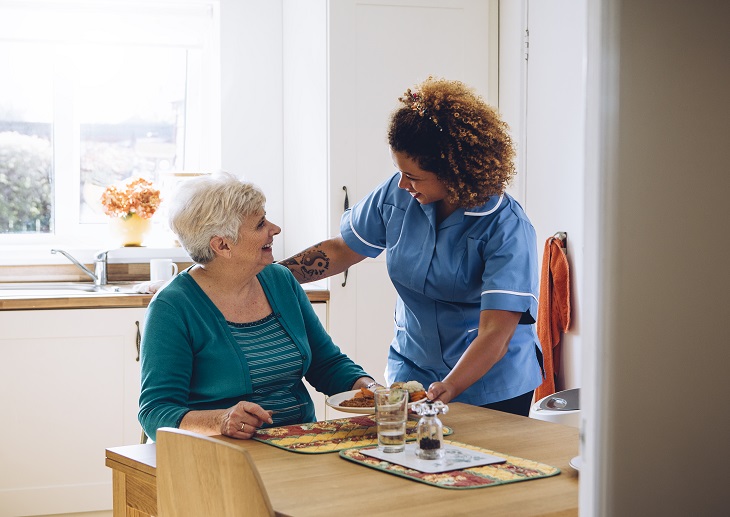