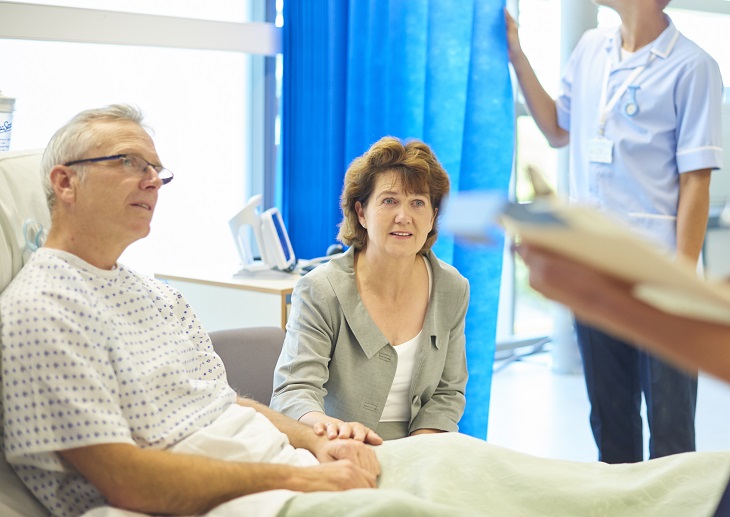 The percentage of patients waiting more than two months for their first cancer treatment following an urgent GP referral is the highest on record, the BMA has found.

An analysis by the BMA, based on NHS England winter data, has found that 6,240 cancer patients waited beyond the 62-day target before receiving treatment.

This, the BMA report said, is a 39% rise on last year’s figures, and means that only 76.2% of patients were seen within two months – considerably below the 85% target and the worst performance recorded so far.

The BMA’s NHS Pressures – Winter 2018/19; A Hidden Crisis report also revealed that an increasing number of patients were not able to see a cancer specialist within two weeks of an urgent GP referral.

The number of patients waiting more than 14 days rose by 59% this winter, compared to last year.

However, the number of cancer checks completed following an urgent GP referral increased by almost a quarter of a million in 2018, according to NHS England.

Other parts of the health service were also in breach of NHS targets this year, the BMA report revealed.

As of February, over four million patients were waiting for operations and further care, with the average waiting time being close to seven weeks, the BMA said.

The report revealed that a record 6.2 million patients visited A&E this winter. One in four patients had to wait longer than four hours to be seen, with last February seeing the worst performance against the four-hour target since records began. The figures for this winter were the second worst to date.

NHS England recently decided to explore alternative options to the four-hour A&E target, including assisting patients with life-threatening conditions within one hour of arrival at A&E.

Commenting on the findings, BMA council chair Dr Chaand Nagpaul said: ‘Behind these statistics, which show that the NHS plunged deeper into crisis this winter, are stories of real lives in distress.

‘Forcing a patient to wait two months for their first cancer treatment is shameful for a leading nation and as a doctor, I can imagine only too well the distress this will cause to them and their families.

‘It also places stress on the clinicians who treat them as they are well aware that the cancer may have worsened during the delay between referral and treatment.’

Dr Nagpaul urged the Government to consider that the NHS crisis cannot be addressed with a health service that is ‘underfunded and understaffed’ while coping with a rising patient demand.

‘The combination of rising demand, coupled with severe workforce shortages across the health and care system, is having a visible impact on both the length of time patients are left waiting for urgent care, cancer treatment and operations, and the morale and wellbeing of NHS staff.

‘The forthcoming NHS workforce plan and NHS long term plan are vital for addressing this mismatch.’

However, it remains unclear when the interim report on workforce strategy, which was expected to be release by the end of April, will be published.