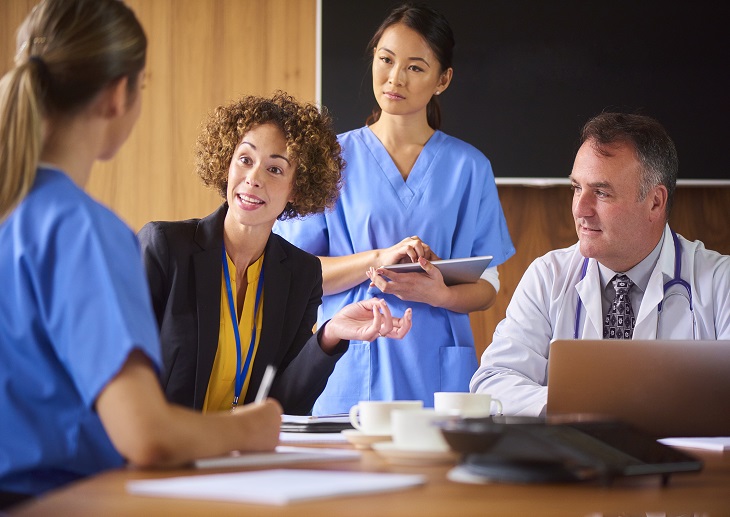 Practice managers are ‘core members of general practice teams’ that should be represented on LMCs around the country, GP leaders in Merseyside have proposed.

The motion, which also said practice nurses and non-clinical staff members should be included, was proposed by Mid Mersey LMC to be debated at the Conference of England LMC Representatives on Friday, but was not prioritised for discussion.

It was initially proposed for debate at the last LMC conference in March, but again was not selected.

Currently, practice managers and other non-clinical staff are not represented in LMCs across the country – something that Mid Mersey LMC believes should change.

LMCs should ‘consider this inclusion’

There is a statutory obligation for LMCs to represent GPs but currently no obligation to represent other groups. However, Dr Breach said that there is a very strong argument for other practice staff to be represented. ‘This is a debate I would like the conference to have. I would like the conference to consider this inclusion and think about what changes might be appropriate,’ he said.

‘My practice manager is an absolute linchpin of the practice, as are [other] members of the administrative team,’ he explained.

Dr Breach went on to explain that his practice’s situation is not unique, ‘In practices up and down the country, non-medical clinicians are playing an absolutely integral role in the provision of care for patients,’ he said.

‘So, I suppose the motion that we’ve sent to the LMC conference is just to reflect and note that change. The structure of the BMA is still stuck in this rather outdated model of only representing GPs.

‘There is an alternative model, which is that LMCs could utilise to represent everyone working within general practice, which includes all clinicians and practice managers.’

The BMA declined to comment on whether the motion would be debated in the future.

‘Practice managers are arguably the most important people in the team,’ said Dr Breach.

‘They carry enormous responsibility and really do incredible work in terms of managing the business of general practice.’

Dr Breach added that as long as Mid Mersey LMC continues to support the idea of including practice managers in LMCs, it will be taking the motion to the next national conference in the hope it will be debated then.