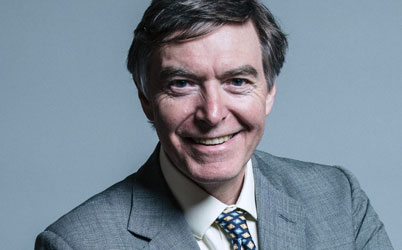 Minister of state for health Philip Dunne has lost his job after his inappropriate remark on NHS winter crisis.

Prime Minister Theresa May has yet to confirm if his replacement by Stephen Barclay and Caroline Dinenage is linked to his comment.

Minister of state for health Philip Dunne has lost his job after his inappropriate remark on NHS winter crisis.

Prime Minister Theresa May has yet to confirm if his replacement by Stephen Barclay and Caroline Dinenage is linked to his comment.

Responding to a question in the House of Commons yesterday (8 January), Mr Dunne said: ‘The hon. Lady will have heard last week the apology from the secretary of state to patients having operations postponed, and I am absolutely prepared to apologise today to patients who are not able to be treated as quickly as we would all like them to be treated.

‘There are seats available in most hospitals, where beds aren’t available. I cannot comment on what happened in her individual case, but I agree with her that it is not acceptable.’

Justin Madders MP, Labour’s shadow health minister, said that ‘this is an appalling and ignorant remark from a Minister entirely out of touch with the reality of the NHS winter crisis’.

He said: ‘Placing sick patients in chairs because of acute bed shortages is clearly not acceptable in the 21st Century.

‘And yet with numerous trusts this winter at times reporting 100% bed occupancy, hospitals simply cannot cope and are being forced into these intolerable situations.’

Mr Dunne argued that the NHS, with around 60,000 patients dealt with every day within four hours in November and reduced delayed transfers that freed up to 1,100 hospital beds by the onset of winter, ‘is better able to respond to pressure when it arises’.

But shadow secretary of state for health Jon Ashworth, said that ‘Accident and Emergency (A&E) were so logjammed that they were forced to turn away patients 150 times’.

Latest NHS winter data showed that from 25 December to 31 December, trusts operated on average at 92% bed occupancy, far above the recommended 85% limit.

In hospitals, such as Mid Yorkshire Hospitals NHS Trust, ‘patients were forced to sleep on the floor, because they couldn’t even get a trolley, never mind a bed’, said Yvette Cooper, the home affairs committee chair.

To tackle the crisis in the ambulance service, Mr Dune said that the Government introduced this year a ‘new ambulance response programme, which aims to direct category 1 calls more rapidly, with conveyance by ambulance for those people who need it most’.