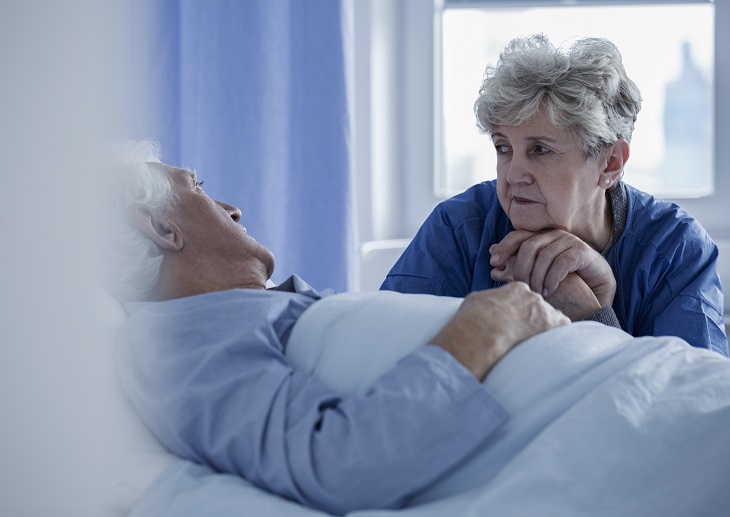 Patients ready to be discharged spent 1.7 million ‘unnecessary’ days in hospital in 2018 waiting for out of hospital care, according to analysis by terminal illness charity Marie Curie.

The charity, which analysed delayed transfers of care (DTOC) figures from NHS England, found that a shortage of care home and nursing home places was the cause of 26% of delays, while 21% of DTOCs was due to a lack of home care packages.

DTOCs mean people at the end of life might die in hospital instead of at home, the charity said.

Marie Curie recently revealed that as many as 10,000 people in England may die in hospital every year while they wait for a package of urgent care that would allow them to return home.

Marie Curie head of policy and public affairs Scott Sinclair said: ‘Right now thousands of people are stuck in hospital when they don’t want or need to be there. Many will die there.

‘While hospital staff do a brilliant job, we must do more to honour people’s dying wishes and, overwhelmingly, we know most people’s wish is to be at home. Any delay in getting someone out of hospital is a waste of time that a dying person and their family doesn’t have.’

The NHS long-term plan said it will further reduce DTOCs by working in partnership with local authorities.

‘No one should be stuck in hospital unnecessarily and the health and care system is working hard to ensure patients return home as soon as possible, freeing up over 2,100 beds a day since February 2017.’

DTOCs attributed to social care dropped by 40% between June 2017 and June 2018, according to data published by NHS England last year.

Yesterday’s figures show to social care-related DTOCs also fell by 11.7% from January to February this year.