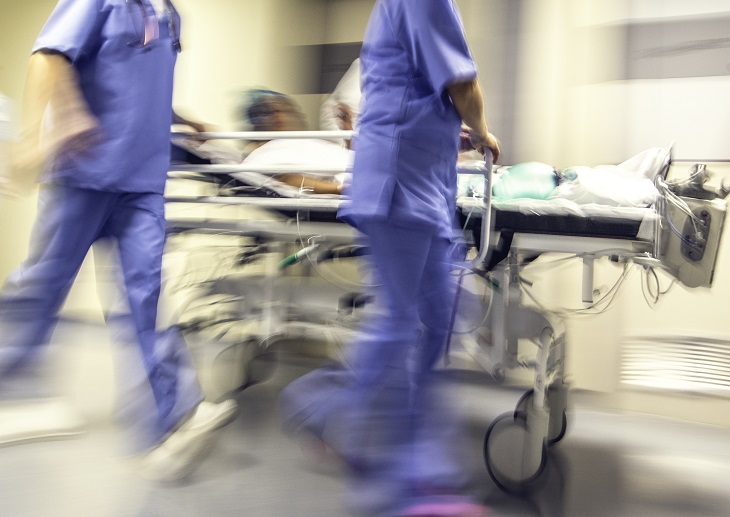 A growing number of patients have to wait more than 12 hours at A&E before being admitted, as ‘overstretched’ trusts cope with rising demand, official data has shown.

Monthly NHS England data on the performance of the health service, released yesterday, showed that last month 48,650 patients waited more than four hours between the decision to admit and the actual admission – 6.9% higher than October last year.

According to NHS England data, there was a 3.6% increase in the number of people going to A&E last year. Last month, 89.1% of patients were seen within the four-hour target, down from 89.9% in October 2017.

A Department of Health and Social Care spokesperson said: ‘Despite the highest number of emergency admissions on record, hardworking staff ensured nearly nine out of 10 people were seen within four hours in A&E in October.

They said the NHS received £1.6bn this year to ‘improve performance and cut waiting times’, and a total of £420m ‘to redevelop A&Es, improve emergency care and help patients get home quicker’.

Of this funding, £145m was allocated to trusts to help them cope with emergency care winter pressures.

Responding to NHS England data, NHS Providers director of policy and strategy Miriam Deakin said: ‘These figures show that as we head into the most difficult time of the year, trusts are already overstretched.’

She said that trusts are seeing more people with complex needs, leading to additional demand for beds.

The pressure on staff has also increased, due to staff shortages and an ‘exceptionally busy summer’, Ms Deakin said.

She added that ‘performance against the 18-week referral time is at its worst level in nearly a decade and that the NHS has missed its two-week cancer target for the sixth month running’, which she said reflects ‘a system under severe pressure’.

He said: ‘The figures show that demand for services is increasing at a rate far higher than many had anticipated.

‘While the Government is due to announce its £20bn spending plan for the NHS in the coming weeks, it is unlikely to meet the immediate needs of patients this winter, and if not invested appropriately will fail to address the worrying scenes unfolding in our hospital corridors and GP practices throughout the year.’

Royal College of Emergency Medicine chair Dr Adrian Boyle said that ‘provision of staffed beds must be a key part of the 10-year plan’ but that the Government should also propose ‘realistic solutions’ for social care in the green paper, due to be published before the end of the year.

Without such solutions, Dr Boyle said, ‘emergency departments will continue to experience significant challenges and patients will face long delays in both being admitted to and discharged from hospital.’