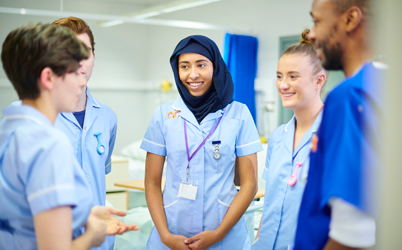 The number of senior NHS managers in trusts and CCGs has grown by over 7% since 2016, according to the latest Government statistics.

The number of senior NHS managers in trusts and CCGs has grown by over 7% since 2016, according to the latest Government statistics.

However, nursing numbers continued to fall, dropping by 435 (0.2%) in trusts and CCGs only since 2016, a report published by NHS Digital on 28 February revealed.

The NHS currently employs 284,000 full time equivalent (FTE) nurses in trusts and CCGs only but the Royal College of Nursing (RCN) pointed out that there are around 40,000 nurse vacancies in England alone.

The NHS has a staggering 100,000 full-time vacancies across all departments, according to data released by the NHS Improvement quarter three (2017/18) report.

The Department of Health and Social Care (DHSC) has been approached for comment.

Commenting on NHS Digital findings, Labour’s Shadow Health Secretary Jonathan Ashworth said: ‘Once again we see the dramatic mismanagement of the NHS workforce under this Government.

‘We urgently need a sustainable strategy from the Government that gets the right numbers of staff into all parts of the NHS to keep patients safe.’

She called on the Government to boost the pay of current staff and release new grants to encourage students to get into nursing.

She said: ‘It feels to frontline nursing staff that, in a cash-strapped NHS, they have become an easy target for cuts. It will be galling when they see senior management burgeoning too – now officially the fastest growing part of the NHS.

‘Against a backdrop of modest boosts to medical professions – in a bid to keep pace with soaring demand – nursing is shrinking. All the while, nurses are responsible for the vast majority of hands-on patient care – standards rise and fall with the number of nurses.’