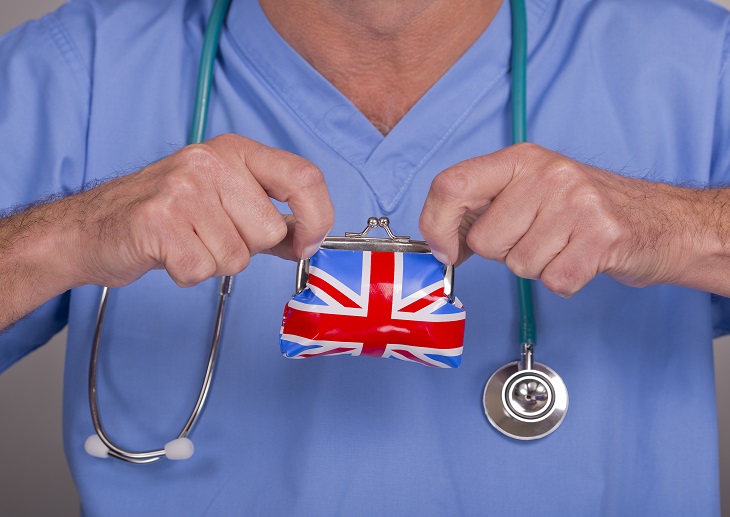 Pay structure needs to be reformed to make the NHS a fairer place, a report by a think tank has concluded.

The report, by the Centre for Policy Studies (CPS), examined the NHS pay system, arguing that its systems for rewarding and motivating staff are ‘outdated, inflexible and frequently unfair’.

It added: ‘By introducing greater flexibility into the system, and linking pay more closely with performance and objectives, we could improve both NHS productivity and patient outcomes.’

‘[The report] urges the Government and NHS managers to make reform of the pay system an urgent priority as part of the new funding settlement.’

It found that bonuses are reserved for senior doctors and that ‘despite the cap on consultants’ salaries, many are earning far more – and 95% of the highest earners are male’.

CPS director Robert Colvile said: ‘The bulk of NHS funding goes towards pay. Yet the NHS pay structure is deeply flawed, in ways that make it hard to address gaps in care between rich and poor areas, or to incentivise staff to perform better.’

Among the problems, the report said, is that there is often no way for team leaders to encourage best practice and that career progression within the NHS is often neglected.

How do we fix what is broken?

The report encouraged ministers and NHS leaders to ‘explore ways to make the NHS pay system less geographically inflexible, in order to address the serious recruitment problems that many hospitals and regions face’.

The report also stated that the clinical excellence awards (CEA) should be reformed and extended beyond consultants, taking into account the performance goals set by senior leadership.

A conversation between leaders should also focus on ‘how Agenda for Change can begin to incentivise and reward excellence – and prioritise outcomes rather than paper qualifications’, the report said.

It concluded: ‘They should ensure that public discussion of NHS pay, and the figures published by the Department of Health and Social Care and other public bodies, reflects the reality of how much money staff are actually taking home, rather than the headline figure negotiated with government: the 2.5%-3%, rather than the 1%.’