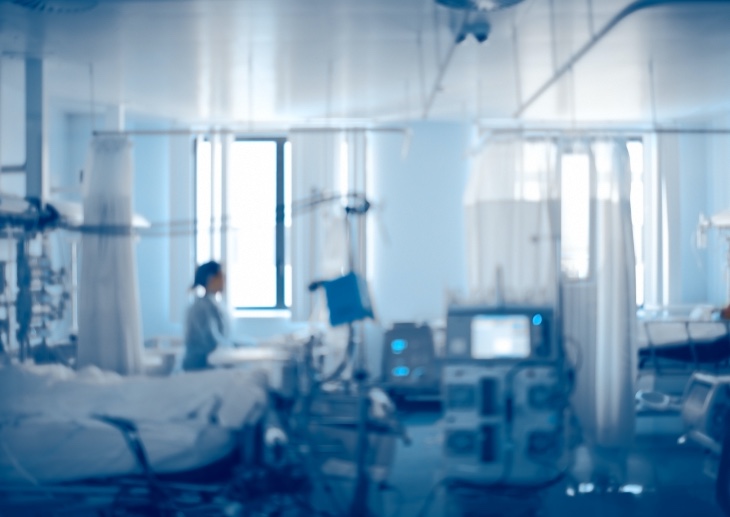 Over the last ten years, the NHS has lost 25,000 beds across the UK resulting in ‘unsafe’ bed occupancy levels, according to the Royal College of Emergency Medicine.

The College said that 13,000 staffed beds are required across the NHS to ensure significant improvement in A&E waiting times, response times and a return to safe occupancy levels.

Staff are facing ‘accumulating pressures’ as a result, it said, which in turn has led to a sharp increase in long-waiting times, delayed ambulance response times and cancelled elective care operations.

It cautioned that staff are unable to provide patients with the high-quality care they are trained to offer.

The fall in bed numbers has had ‘a real terms impact on patient care’, it warned, with the health service ‘not functioning as it should’.

Dr Adrian Boyle, vice president of the RCEM, said: ‘Since 2010/11 the NHS has lost 25,000 beds across the UK, as a result bed occupancy has risen, ambulance response times have risen, A&E waiting times have increased, cancelled elective care operations have increased. All evidenced by the fall in four-hour performance, the increase in 12 hour waits, the increase in delayed ambulance response times and rise in ambulance handover delays.

He added that in April 2022, 24,000 patients in England faced a delay of 12 hours from decision to admit to admission. In Scotland 4,000 patients had to wait 12 hours from time of arrival in the same month, with that number reaching 11,000 in Wales.

He said: ‘These numbers are grim; they should shock all health and political leaders. These numbers translate to real patient harm and a serious patient safety crisis. The health service is not functioning as it should and the UK governments must take the steps to prevent further deterioration in performance and drive meaningful improvement, especially ahead of next winter.’

Recent planning guidance, published by NHS England, indicated that the target to increase elective activity by 10% over the next year will predominantly be achieved through increased GP advice and guidance.

Meanwhile, GPs warned the health secretary that practitioners are seeing an increasing number of referrals to secondary care being rejected ‘at the outset’.